Authorities are investigating after cars have reportedly been shot while driving on I-4.

OSCEOLA COUNTY, FL - Sheriff's deputies from Orange and Osceola counties are searching for the person who shot at four cars on Interstate 4 on Monday morning.

The Osceola County Sheriff’s Office says the culprit may have been in a dark sedan, pulling the trigger near the attractions.

“It is concerning. Nobody expects to be driving down the roadway and all of a sudden a round goes through your vehicle,” said Osceola County Major Jacob Ruiz.

Investigators say four cars were hit.  Reports show a Disney cast member, who came into work with a bullet in their car, is among the victims.  Luckily, no one was hurt.

MORE NEWS: Woman who died after falling over I-4 overpass identified

Authorities say more vehicles have been struck by gunfire along Interstate 4 in Osceola County just days after nearly 20 were shot at as they traveled along interstates in Flagler, Volusia, and St. Johns counties. 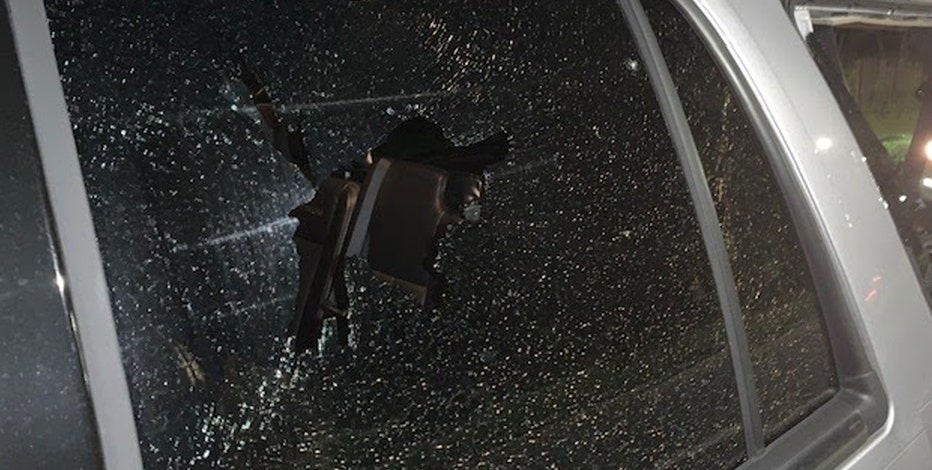 FHP locates vehicle possibly involved with gunfire that hit at least 19 vehicles along I-4, I-95

Reports say that at least 12 vehicles were damaged by gunfire along I-4 and I-95.

The drivers were heading west near the Orange-Osceola line. That’s why both agencies are working on the case.

It’s the second scary incident on I-4 in less than a week.  On New Year’s Day, investigators say someone used a BB gun to shoot at nearly 20 cars on interstates 4 and 95 from Seminole County to St. Johns County.

The Florida Highway Patrol says its identified a small SUV as the possible suspect vehicle.  Troopers are still working to confirm it was involved.

“There’s nothing to lead us to believe that these two cases are related. Obviously type of firearm, or caliber weapon, is not the same. But deputies will definitely be talking to troopers,” Ruiz said.

Ruiz says investigators are still unsure of a motive in Monday’s shootings. Deputies will be looking at cameras along the interstate and exit ramps to try and locate the shooter’s car.