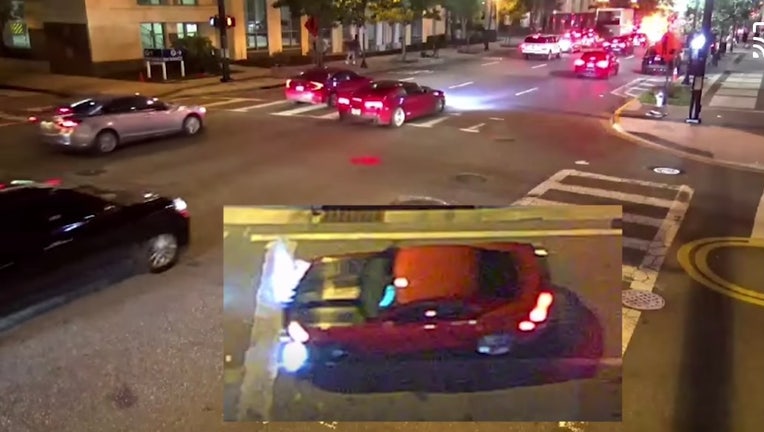 ORLANDO, Fla. - Orlando police need help to find a driver who was caught on camera hitting several parked vehicles in downtown Orlando before hitting and injuring a woman standing next to her car.

Police posted security video that was captured of the incident on July 4.

They say a red Chevy Camaro with a black hood was seen hitting several parked cars on Orange Ave. They say the driver then hurt a woman who was standing next to her car and kept driving.