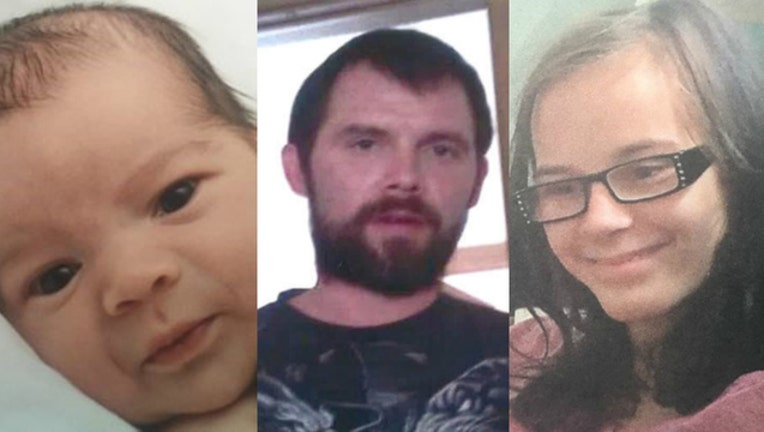 EDWARDSVILLE, Ill. (AP) — Investigators in southern Illinois say they are concerned about health of a teenage girl and her newborn son who they believe were kidnapped by her stepfather.

Madison County Sheriff John Lakin on Thursday said 13-year-old Katherine Elizabeth Derleth of Carpenter has a congenital heart defect and a pacemaker. She was still under a doctor's care after having a cesarean section delivery. Special equipment to monitor the pacemaker was left behind when she went missing last weekend from a foster home in Madison County.

"She doesn't have that. If it fails, this would be a life threatening event," said Madison County Sheriff's Department Capt. Mike Dixon. "We want the public to know how serious the situation is. This child's life is in danger in multiple ways, as well as the infant's."

Authorities on Monday filed kidnapping charges against the stepfather, 39-year-old Christopher M. Derleth of Granite City and were searching for the three. He had been previously ordered not to contact her.

Lakin described Derleth as an outdoorsman and expressed concern that he may be keeping the children in a primitive camping setting, and away from accessible medical care.

The Belleville News-Democrat reports that police still don't have any leads in the case, but are sure Derleth won't try to return to Illinois.

Derleth's van was last spotted midday Monday on I-77 near Charleston, West Virginia, where a statewide search by authorities is ongoing.