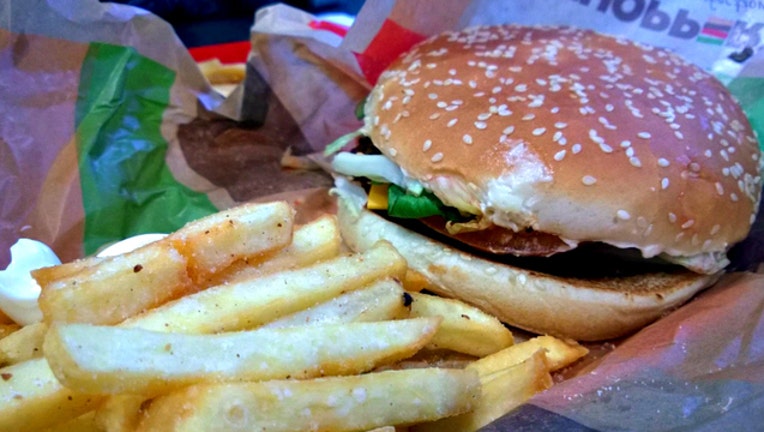 DARTMOUTH, Mass. (AP) - Prosecutors say a Massachusetts man hit his dog in the head with a baseball bat because he was angry the animal ate his Burger King Whopper sandwich.

Gregory Ostiguy was held on $5,000 bail after pleading not guilty Monday to animal cruelty.

Officers responded to a Dartmouth street at around 7 p.m. Friday after witnesses reported seeing a man hitting and screaming at a dog in his car.

The 50-year-old Ostiguy, of New Bedford, told officers he was upset because he had worked hard all day and the dog ate his Whopper.

Police took the dog to an animal hospital where it was treated for non-life threatening injuries.

The Standard-Times reports that Ostiguy's lawyer said her client is a former Marine and suffers from post-traumatic stress disorder.