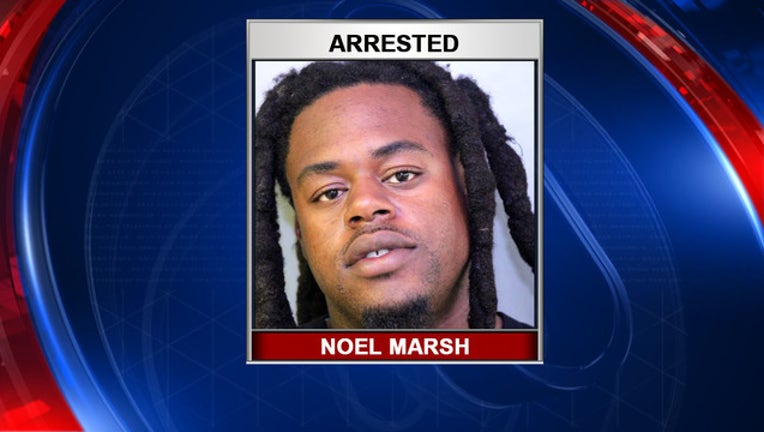 HAINES CITY (FOX 13) - A Haines City man is accused of slugging a police officer at a football tournament.

Noel Marsh is charged with battery on a law enforcement officer.  Over the weekend, police say, an officer tried to break up a fight that Marsh was involved in.

They say during the fight, Marsh picked up a "medium-sized awards trophy" and struck Officer Nicholas Dublino in the back of the head, cutting him.

Marsh, 28, is also charged with disorderly conduct and resisting arrest.