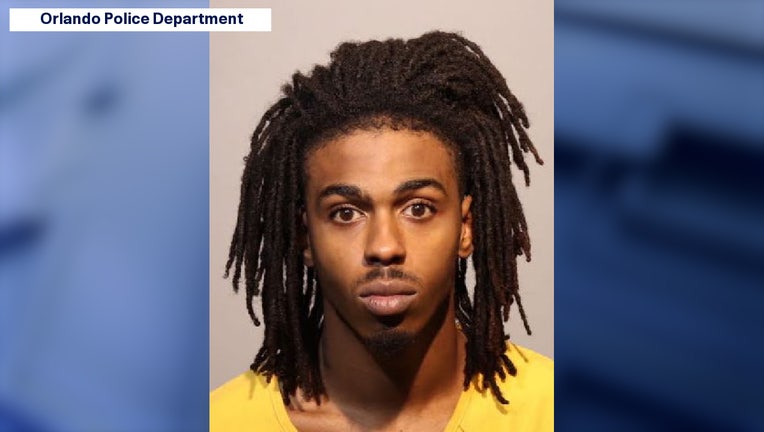 Careem Pryce, a 19-year-old police say is the suspect in a shooting on April 17 at University of Central Florida Downtown, has been arrested, according to the Orlando Police Department. Photo via OPD

ORLANDO, Fla. - Authorities arrested a man Friday morning who is accused of shooting at three people on the University of Central Florida's Downtown Campus earlier in April.

Careem Pryce, 19, was arrested Friday morning by the Orlando Police Department. In a statement, UCF said Pryce has "no affiliation" with the university or Valencia college and that he has been "trespassed from all UCF property." The University said that Pryce is facing multiple felony charges.

The alleged shooting happened near the UnionWest residential hall on April 16.

According to the University, Pryce and three others apparently got into an argument or fight at the school library, when Pryce "suggested" that he would shoot them. The three people said they believe Pryce followed them to the residence hall before firing at least three shots and then ran away.

No one was hurt in the shooting. The University said it believes it was a "targeted crime" with no larger impact on the school campus.

The University said its surveillance cameras helped identify the suspect.