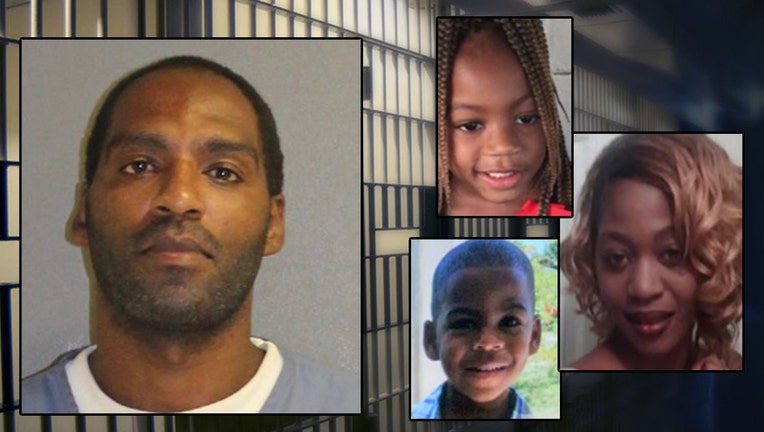 BREVARD COUNTY, Fla. - A Daytona Beach man was arrested Wednesday after police say he kidnapped a woman and his own two children at gunpoint on Tuesday night, which led to an Amber Alert being issued.

RELATED: Missing Florida girl Taylor Williams, 5, was left home alone 'at least every other day,' last seen in May: warrant

A Florida Amber Alert was issued stating that they may be headed down Interstate 95 in a sport utility vehicle.

The children’s grandmother, Phyllis Martin, said her daughter and grandchildren were found at the suspect’s cousin’s house in Daytona Beach. She said she is glad they were found safe.

Two children and their mother were found safe after an Amber Alert was issued.

“I’m feeling good,” Martin said. “You know you try not to get your mind to work in different directions so I just stayed focused and kept praying that we’ll have a great outcome and we did.”

Martin said her daughter and Burson were not in a relationship.

“They had a relationship in the past. They have two children together. Those are the two children he took. He went to jail for domestic violence before. [He] got out, been out about 4 months, and I guess he waited to come back and try again.”

Burson is charged with aggravated assault with a firearm, battery domestic violence, kidnapping, parole violation and possession of a firearm by a convicted felon. He transported to the Volusia County Jail.

According to the Florida Today, jail records show he's been held at the jail at least 12 times since 2003.