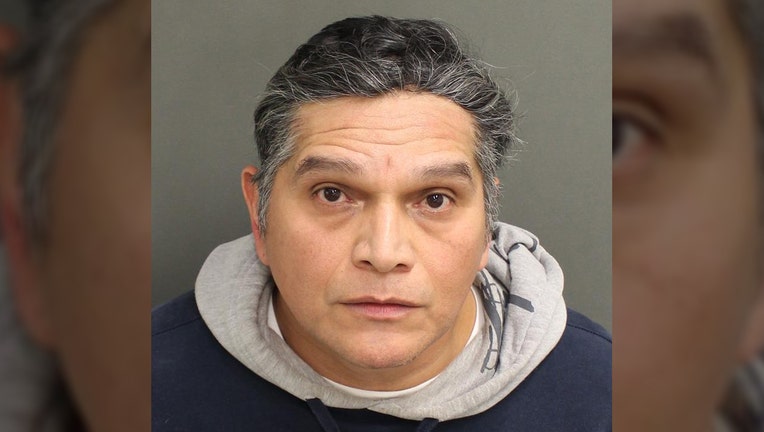 APOPKA, Fla. - A man has been arrested after police reported that he inappropriately touched several young girls over several years at a home daycare in Apopka.

The Apopka Police Department said that they have charged 49-year-old Gustavo Ramos Beltran with sexual battery on a child under 12.

They said that law enforcement responded to a sexual battery on December 31 on Sheeler Oaks Drive. The victim, an 11-year-old girl, was in the car with her parents upon arrival. Police said that the girl was going to be dropped off at a babysitter's house for New Year's Eve when the girl told her parents that Beltran had been touching her inappropriately. She said that he had been touching her since was in the second grade and that she never told her parents because she was scared of Beltran.

Beltran is said to be the husband of Rocci Divine Ramos, who runs a daycare out of her home on Sheeler Oaks Drive.

Police noted that there is a prior case of the same type of allegation against Beltran from 2018. The case stated that  Beltran had also touched her inappropriately when another girl was just eight-years-old. The child and her mother refused to press charges at the time though. The victim told police that Beltran had done this to her several times over several years. She said that the inappropriate touching began the day she came into the daycare.