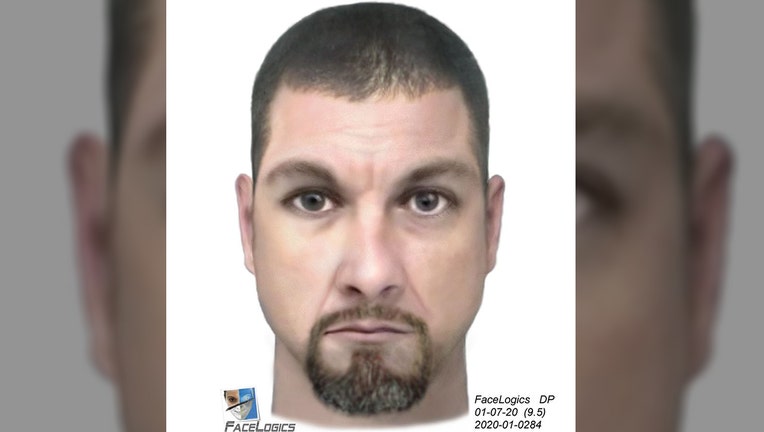 NORTH PORT, Fla. - The North Port Police Department is searching for a man they said attacked a 15-year-old girl out jogging near her home and sexually battered her.

According to police, the victim was attacked on Jan. 6 by a white male in the area of Landover Terrace in North Port. Police do not believe this was a random attack and that the teen was specifically targeted.

Authorities released a composite sketch of the man they are looking for based on the victim's description.

The suspect is described as a white male, about 36-38 years old. Police say is 5-feet 8-inches tall with a muscular build, dark blonde hair styled in a buzz cut, goatee, and greenish-blue eyes.

The man was reportedly wearing blue jeans with a black T-shirt with a red and orange design on the front. Police say he was last seen traveling southbound on Landover Terrace in an older black four-door car, possibly a Ford.

Police are asking the public to check any recording devices they may have that could help in the investigation.

"If anyone is able to identify this subject or obtains any information please contact the North Port Police Department, Det. Kishia Veigel at 941-429-7335."