A concerned parent told the school resource officer that the roughhousing in the locker room went too far.

“Last week we got a call from a parent concerned about some roughhousing that was going on in the locker room and felt that it went a little too far,” Lt. Travis Cockcroft said. At first Oviedo High School’s School Resource Officer was handling the investigation.

“It went through the weekend, came back on Monday, the parents said no I’ve talked to my son a little bit more I think it’s a little farther than that and went ahead and pressed charges,” Lt. Cockcroft explained. 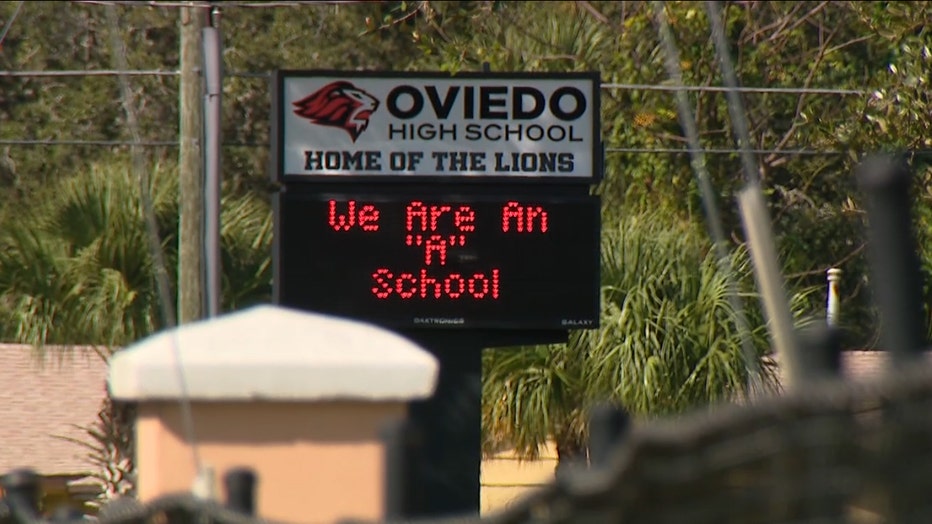 Lt. Cockcroft says that the student is now pressing charges, alleging that he was touched inappropriately.  The News Station asked if the touching was in a sexual manner.  “That’s hard to say.  It was a wrestling kind of thing and it was over the buttocks. This all happened according to all the witnesses that we interviewed everyone was clothed,” Lt. Cockcroft said.

While the state attorney’s office is now deciding whether to move forward against one student, Seminole County Public Schools (SCPS) tells the news station that three students will be receiving school discipline in accordance with the student code of conduct for their actions.

In a statement SCPS saying “The school district does not tolerate hazing of any kind.” Tuesday the SCPS told The News Station that three student-athletes are being disciplined following the guidelines of the students’ code of conduct.

No word yet on when state prosecutors will decide if they will move forward on the charges send to them by Oviedo PD.