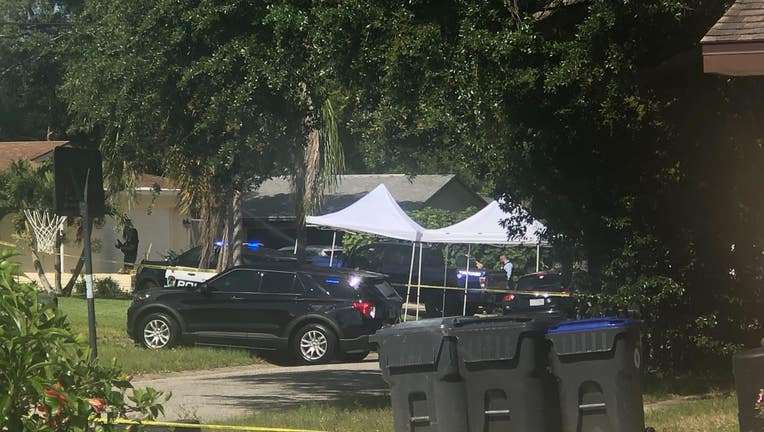 TITUSVILLE, Fla. - Police have released the identity of a man and woman killed in an apparent murder-suicide Thursday in a Titusville neighborhood.

In a news release, the Titusville Police Department identified the woman found dead inside her vehicle as Haley Friedel, 24 of Titusville.

According to a preliminary investigation, Friedel was parked in her driveway on Lakeview Hills Avenue, when police say Gregory DePietro, 32 of Titusville, drove to her house, parked his vehicle behind her vehicle, approached her driver's side window and fired multiple shots, killing her.

Officers say DePietro then shot himself.

When officers arrived at the home around 7 a.m. for a report of shots fired, they found him next to a vehicle on the home's lawn with a gunshot wound. He was taken to a local hospital where he was pronounced dead around 10:15 a.m.

Authorities said the two were known to each other.

DePietro was a firefighter for the Seminole County Fire Department, Chief Matt Kinley said in a statement to FOX 35 News. He was hired on Oct. 1, 2018 and served on a specialized team that focused on hazardous materials and technical rescue.

"DePietro was in good standing with the Department during his tenure here," Kinley said. "This is a tragic and devastating loss for the family of Haley Friedel and the family of Greg DePietro. All the men and women in our Fire Department mourn the losses of these two individuals during this difficult time," Kinley added.