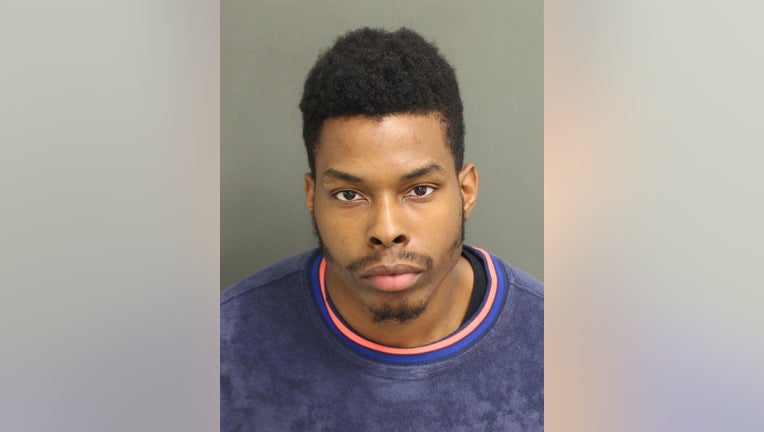 APOPKA, Fla. - A man is behind bars after witnesses say he pulled a 63-year-old woman's pants down at a store in Apopka while filming it on his cellphone, police say.

According to Apopka police, they began investigating reports of someone taking upskirt photos of women and pulling down their pants at the Walmart on S. Orange Blossom Trail on Wednesday.

On Thursday, an officer on patrol was flagged down by witnesses who were restraining a man. A 63-year-old woman told the officer that Andrew Edwards, 23, had walked up behind her at a Dollar Tree store, pulled her pants down and tried to film her exposed buttocks. The victim reportedly yelled 'get him, get him' and police say Edwards tried to run, but was stopped and held down by customers.

Police say that Edwards is currently on probation in Orange County for video voyeurism. They say  last year, he was caught filming up the skirt of a woman at a Walmart in Orlando.  Edwards was also arrested last year after following a father and his son home and began filming the man's 16-year-old daughter, police say.

Edwards was arrested on charges of lewd and lascivious molestation upon an elderly adult, disorderly conduct, battery and violating probation. He is being held at the Orange County Jail on no bond.