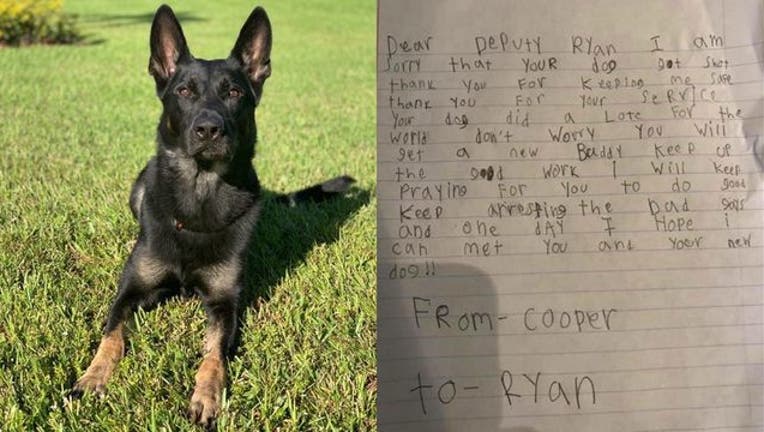 FOX NEWS - A Florida boy penned a touching letter of condolence this week to the deputy who lost his K9 during a Christmas Eve shootout when the heroic dog died while saving two deputies' lives -- and officials have shared the note online.

The Palm Beach County Sheriff's Office posted the letter from the boy, identified only as "Cooper." It was addressed to "Deputy Ryan," handler the 3-year-old K9, named Cigo, and included a story from the boy's mother.

She sent the letter to the sheriff's office, saying her son cried upon learning that Cigo had died during Monday's disturbance at the Mall at Wellington Green, in which two suspects were arrested, the Orlando Sentinel reported.

Cooper told his mom that losing Cigo was like the deputy losing his "buddy" and "now he's doesn't have his 'buddy' anymore," the mother said, according to the post. The next morning, Cooper decided to write the letter.