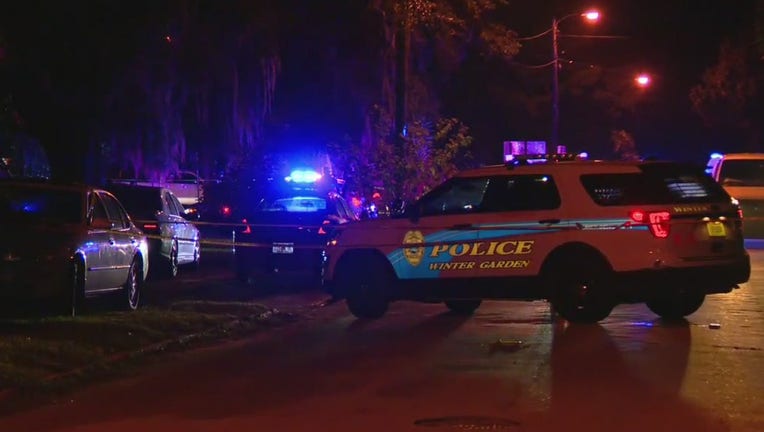 WINTER GARDEN, Fla. - The Winter Garden Police Department is investigating a shooting in which four people have been injured.

Police officers were on scene at 11th Street just before midnight, where the apparent shooting took place during a confrontation.

FOX 35 News spoke with a man who says is the brother of one of the victims. He says he heard at least 10 to 12 shots.

"I just heard something...so I rushed over there."

Some were transported to a hospital while others were able to drive themselves, according to Capt Scott Allen, with the Winter Garden Police. Police say the victims are expected to recover.

Investigators are working to figure out what exactly led up to the shooting, so no suspects have been identified yet.

Anyone with information about the shooting is asked to contact the Winter Garden Police or call Crimeline at 800-423-TIPS (8477).