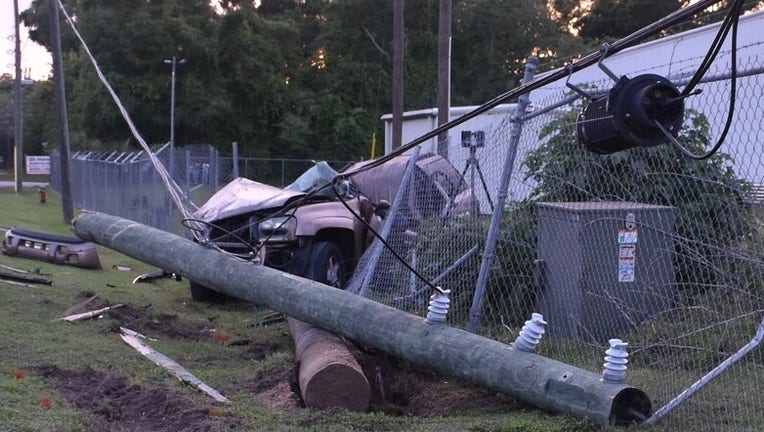 OCALA, Fla. - The Ocala Police Department says a 14-year-old driver was killed after crashing an SUV on Monday.

According to a police report, witnesses reported that the driver was speeding down Northwest 42nd Street and for an unknown reason, lost control of the vehicle.

Police said the SUV split in two after slamming into a telephone pole.

The driver, who was alone in the vehicle, was pronounced dead at the scene. The SUV reportedly belonged to the boy's grandmother.

"Our hearts go out to the family during this tragic time," the department tweeted. "The crash is still currently under investigation."