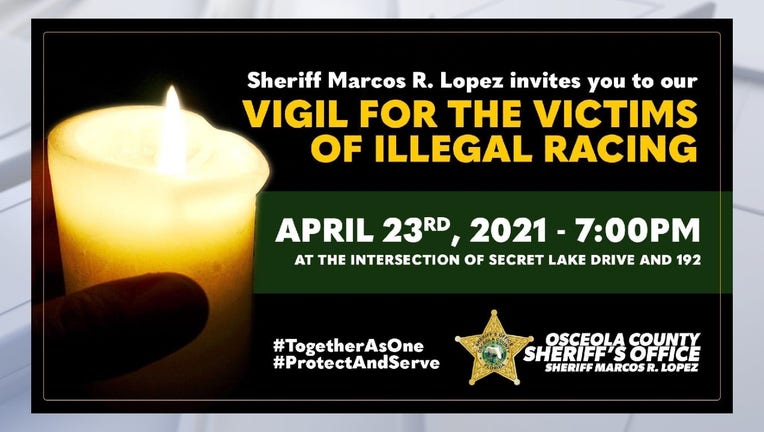 The Florida Highway Patrol says an 11-year-old girl was killed in that crash when the vehicle in which she was a passenger was rear-ended by a Dodge Charger driven by a 19-year-old man. Another occupant in the vehicle that was rear-ended, a 23-year-old woman, died roughly two weeks later.

The vigil comes after a rash of deaths that authorities claim are related to street racing.