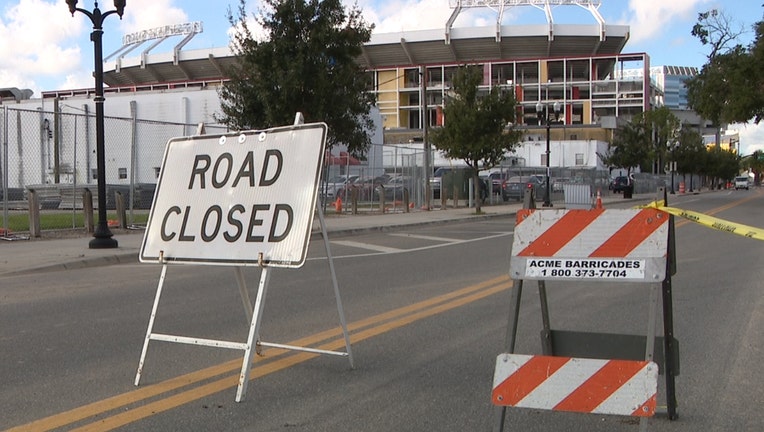 ORLANDO, Fla. - The City of Orlando is warning people about road closures this weekend as several big events are being held downtown.

“We got Magic playing on both Friday and Sunday and we got a sold-out concert, Miranda Lambert, in the Amway Center and the Veteran’s Parade on Saturday,” said City of Orlando Transportation Engineer Chris Cairns.

Roads are already closed around Camping World Stadium for the biggest event this weekend, the Electric Daisy Carnival. The carnival will be held Friday through Sunday and is expected to bring in 75-thousand people every day. More roads will also be closing on Friday and Saturday for the concert at the Amway Center and for the Veteran’s Day Parade.

Cairns said, “One good thing, we’ve had some events in the past that were just a lot of people exiting at once. At this time I think most of the events don’t end at the same time so that’s one good thing out of all of this.” Cairns said the city has several travel options available to help ease congestion this weekend.

The city is designating four rideshare hubs around Camping World Stadium for people who need to be picked-up or dropped-off for EDC.

The following rideshare hub locations will operate Friday, November 8 through Sunday, November 10, from 12:30 p.m. to 1:30 a.m. each day:

The LYMMO Grapefruit line is also extending to provide shuttle service to and from Camping World from 12:30 p.m. until 1:15 a.m. Friday-Sunday. The SunRail will run a late-night southbound train on Friday, November 8, because of the Magic game. It will depart Church Street at 10:30 p.m.

Cairns said it is best to have a plan if you plan on coming downtown this weekend. “I would say there are multiple parking garage options throughout the city that it’s usually a lot more efficient to park a few blocks away or maybe even a quarter-mile away and you can get out more quickly after the event.”

For a full list of road closures and alternative modes of transportation visit the City of Orlando’s website.