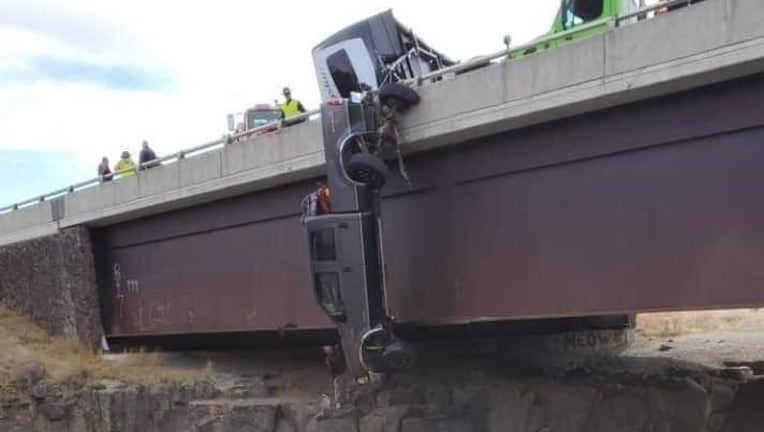 BOISE, Idaho - Authorities say a set of camp trailer safety chains and quick, careful work by emergency crews saved two people and two dogs after their pickup truck plunged off a bridge, leaving them dangling above a deep gorge in southern Idaho.

A trooper found a man and a woman inside the pickup truck that was dangling, nose-down, off the side of the bridge spanning the Malad Gorge. The gorge is narrow but is roughly 100 feet deep below the bridge, roughly the height of a 10-story building. The gorge reaches about 250 feet deep at its deepest point.

The only thing keeping the 2004 Ford F-350 pickup from falling was the set of "safety chains" attaching the 30-foot camper trailer, which remained on the bridge, to the pickup.

A state trooper and local sheriff’s deputy first used an additional set of chains from a nearby semi-truck to help support the dangling pickup truck, holding it in place until additional rescuers with cranes, rope rescue gear and other equipment could arrive. 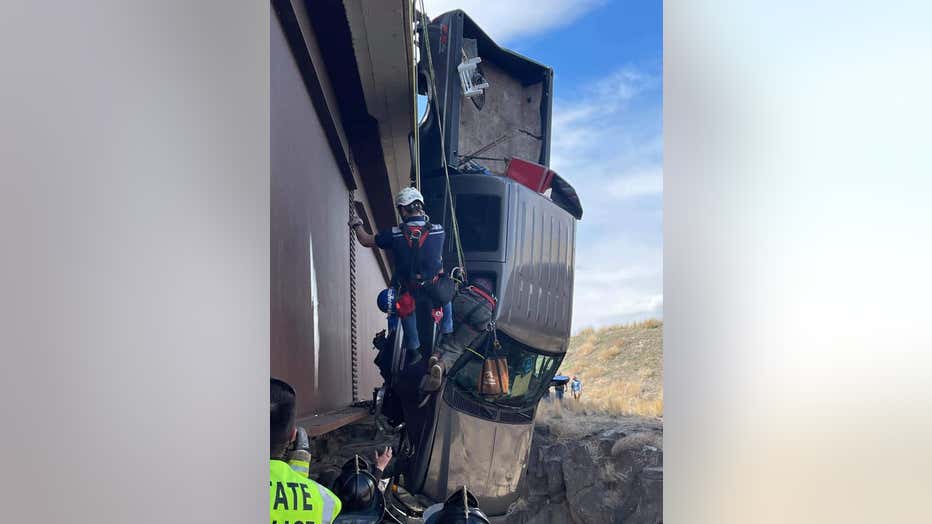 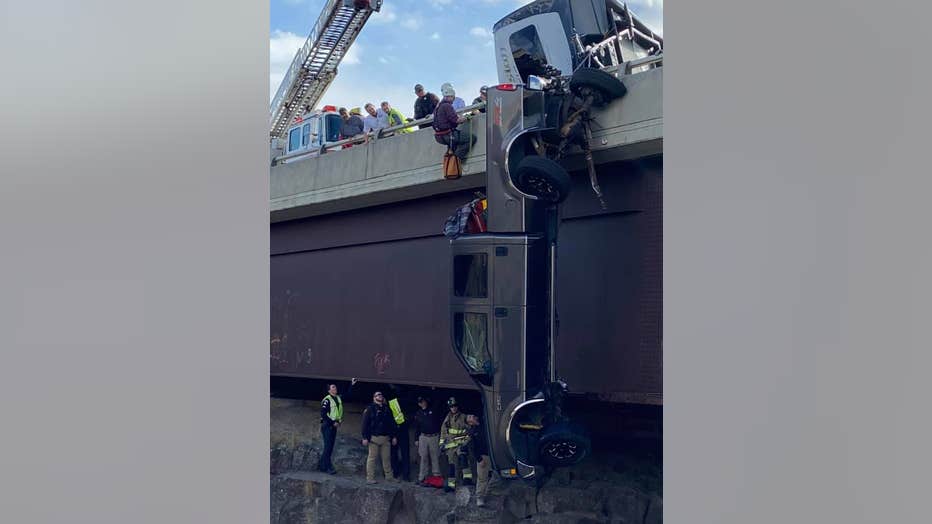 Emergency crews were then able to rappel down to the hanging truck and attach a harness to each occupant, allowing them to be safely carried back to the bridge. Both were taken to hospitals, and neither appeared to have life-threatening injuries, Hightower said. Two small dogs inside the pickup were also safely rescued, and taken to the home of a nearby family member.

Workers were still attempting to pull the pickup from the precipice Monday evening.

"It was terrifying," Hightower said. "It was definitely a heroic rescue from everybody that was out there, and thankfully, they’re all fine."

Witnesses said the truck appeared to lose control before the crash, first swerving to hit the right shoulder barrier before sliding over the left-side guardrail. The truck then tipped over the bridge, with the camper blocking both lanes of the bridge.

The case remains under investigation, Hightower said. Agencies from Gooding, Jerome and Twin Falls responded to the incident, along with regional sheriff’s offices and fire department and paramedic services.

"A rescue like this takes a lot of quick thinking and action but this is what they train for," she said. "That training just paid off today, and two people are alive because of the hours and hours of training that these emergency responders do."