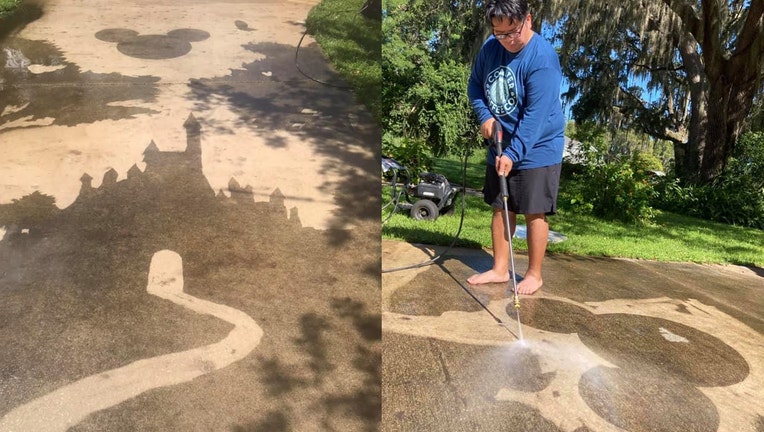 Jerry, who told FOX 35 that he is a Disney caricature artist and lover of all things Disney, said that he pressure washed his friend’s driveway recently, leaving behind the outline of Mickey Mouse and Cinderella’s Castle.

"This was my first foray into it and had fun," he said. "I plan on doing more!" 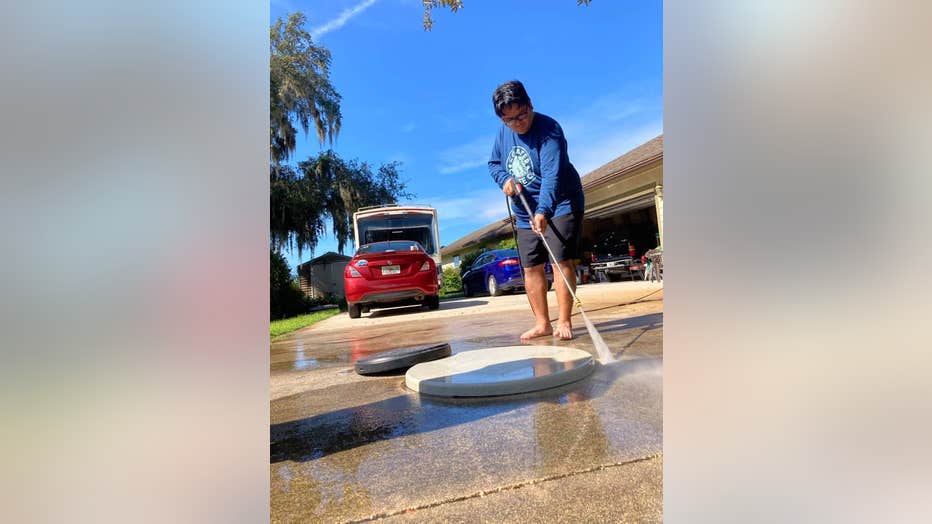 As far as what, he said that he’s thinking maybe the Hollywood Tower of Terror or something Star Wars related.

Jerry spends most of his days at Disney working at the resorts and Animal Kingdom. He says that he is excited because the 50th anniversary celebration, dubbed ‘The World’s Most Magical Celebration,’ is coming up soon.

"I am super excited to be a part of the 50th Anniversary and can’t wait to wear our new tags," he said.

Disney said that they are debuting new name tags for cast members, taking on the anniversary’s ‘EARidescent’ look. This term was coined by Disney as a way to describe what guests will experience during the festivities.

"This milestone is such a big deal, we’ve even coined a new word – "EARidescence" – to describe what you’ll see when you visit. Our Disney teams are creating all sorts of new decorations that will shimmer and sparkle all day and into the night," they previously explained.

On the name tags, Disney’s 50th anniversary castle logo will appear above each cast member’s name, along with gold accents and a ‘touch of pixie dust.’ 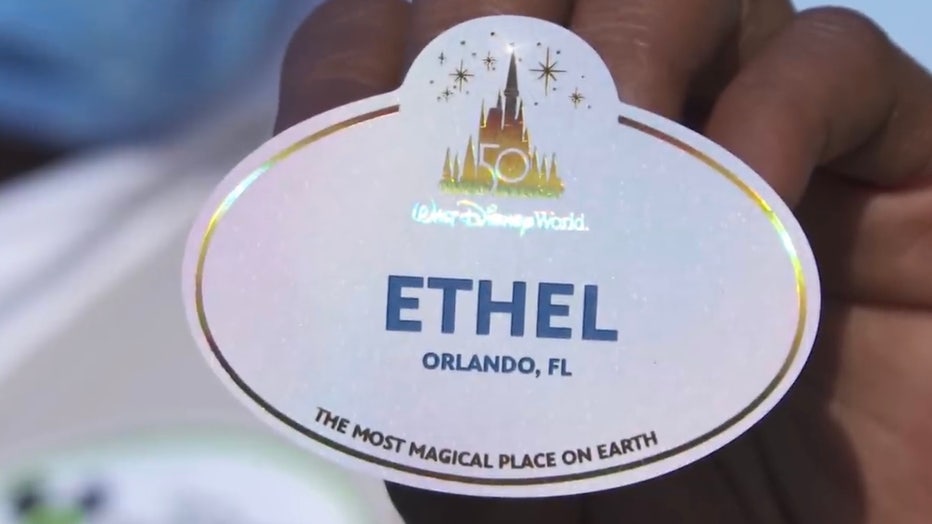 "Whether in costume or professionally dressed, nametags are an essential part of every cast member’s look and are worn over the heart with pride," Disney added.

Walt Disney World will kick off its 50th anniversary celebration on October 1st and go for 18 months as new experiences debut across the resort.

We’re looking forward to seeing what magic you spread at the park, Jerry!