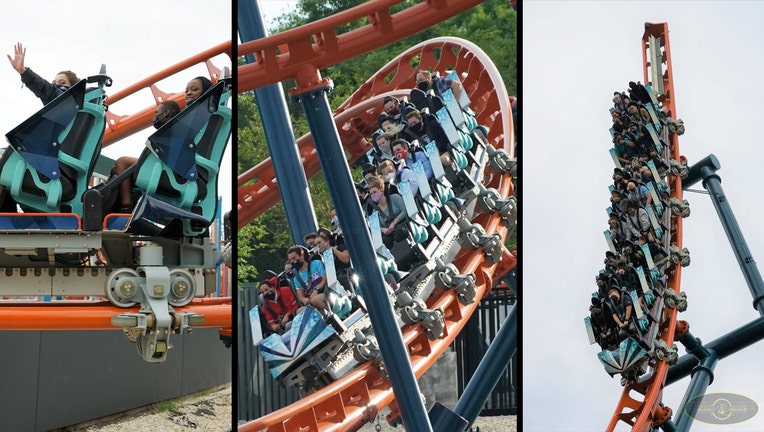 The new attraction, which they said will be located in the park's Wild Arctic area, will be the park's first launch coaster featuring four launches. It will push you backwards, forward, backwards, and forward again, maxing out at 52 miles an hour.

An engineer with the park added that Ice Breaker is a total of 90 seconds of thrills.  The ride changes from the lowest part up to 80 feet. Another area hits 93 feet high.

However, don't expect it to be too scary. Engineers call it a "moderate" thrill ride that will not scare off the younger ones.

Theme park blog Midway Mayhem captured photos of the ride this week. It was being tested with people on board. The blog identified the riders as team members.

TRENDING: What is Dogecoin? A joke that became a popular cryptocurrency

"Another major milestone for @SeaWorld Orlando's new Ice Breaker roller coaster has been completed as Team Member Previews have started," they tweeted.

In addition, Midway Mayhem took a video of the upcoming coaster in action.

Ice Breaker is said to be just one of SeaWorld Orlando's efforts dedicated to their Artic-based conservation partner, the Alaska SeaLife Center. The center focuses on marine research, education, and wildlife response. With SeaWorld Orlando's help, they aim to educate riders about the Arctic and its inhabitants.