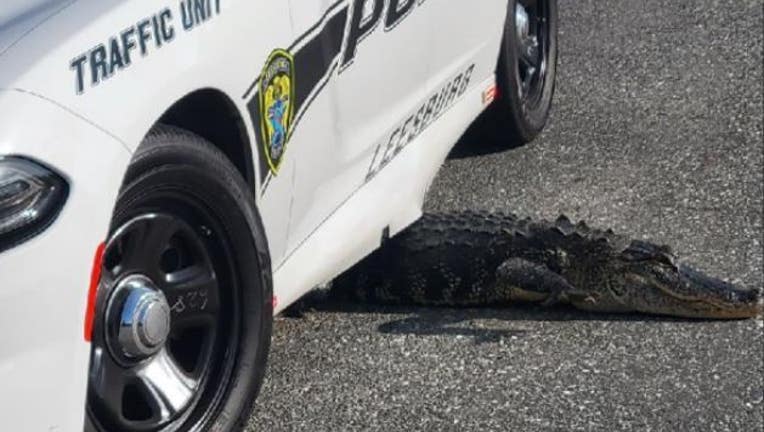 LEESBURG, Fla. - A fugitive alligator running from police didn't plan its escape route very well and ended up getting stuck under a patrol car!

"Well, we don't see this every day," Leesburg Police tweeted on Wednesday, along with a photo of a large gator.

The department said in a social media post that they while they were helping to wrangle the alligator, it fled under one of the traffic units at full speed and wedged itself underneath the car.

Looking disappointed that its escape plans were foiled, the gator was safely extracted and police said no permanent damage was done to the vehicle.

"Wow! I guess he thought the patrol unit was an Uber! Definitely not a passenger I would want on my car," one person joked on Facebook, while another commented, "Easiest apprehension ever by LPD."