DAYTONA BEACH, Fla. - This is probably the most ‘Florida’ photo you’ll see today: a cloud formation that looks like a giant alligator!

FOX 35 Storm Team Chief Meteorologist Jayme King was about to give the forecast for Central Florida on Tuesday when he noticed something lurking behind him while on air!

"Tell me that this distant cloud offshore at Daytona doesn't look like an alligator poking up on the eastern horizon. Pretty cool!" King said.

The unique cloud formation was spotted on the Hard Rock Hotel camera that gives a beautiful view of the shore at Daytona Beach. 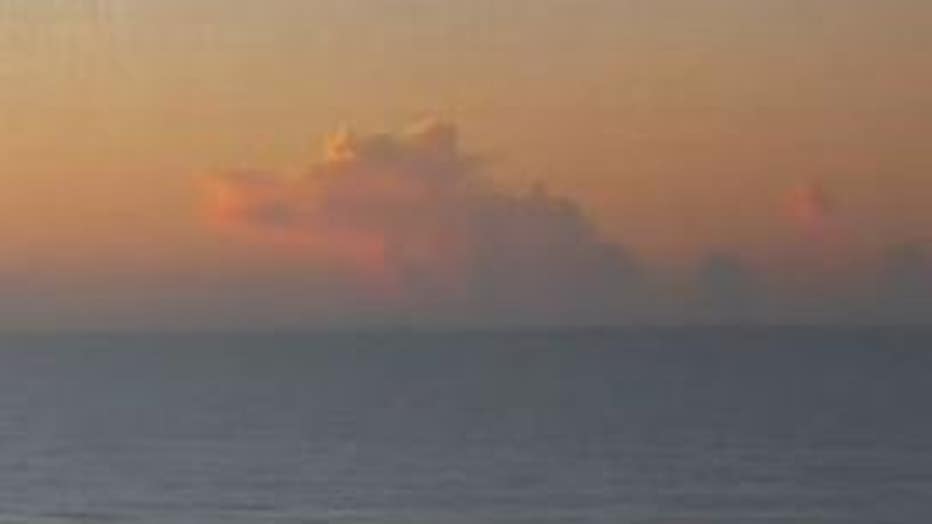 The formation is fitting for Florida since the alligator is the state reptile. In fact, several people have posted on social media their own ‘alligator in the clouds’ sightings.

Last year, Brenda Perino in Collier County saw clouds shaped like a profile of an alligator’s head with its mouth open as orange and yellow hues fill the sky in the background. 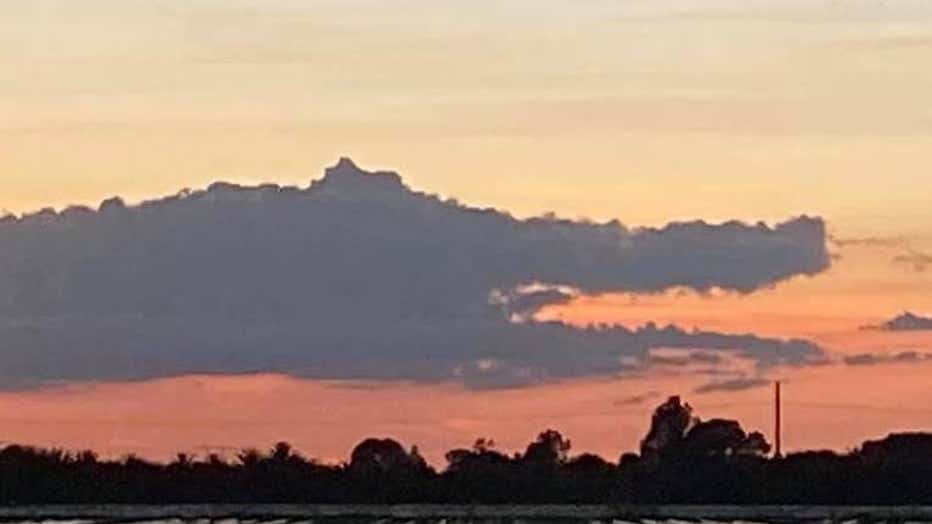 Cindy Polera was driving on Alligator Alley near the Everglades in May when she saw what looked like an alligator "swimming through the clouds" during a rainstorm.

Floridians have also been spotting some other pretty incredible weather phenomenons lately.

Just recently, several FOX 35 viewers sent in spectacular photos of a double rainbow that lit up the sky over Orlando and a woman in Coconut Creek, Florida snapped gorgeous photos of what forecasters call a cloud iridescence, or a "fire rainbow." 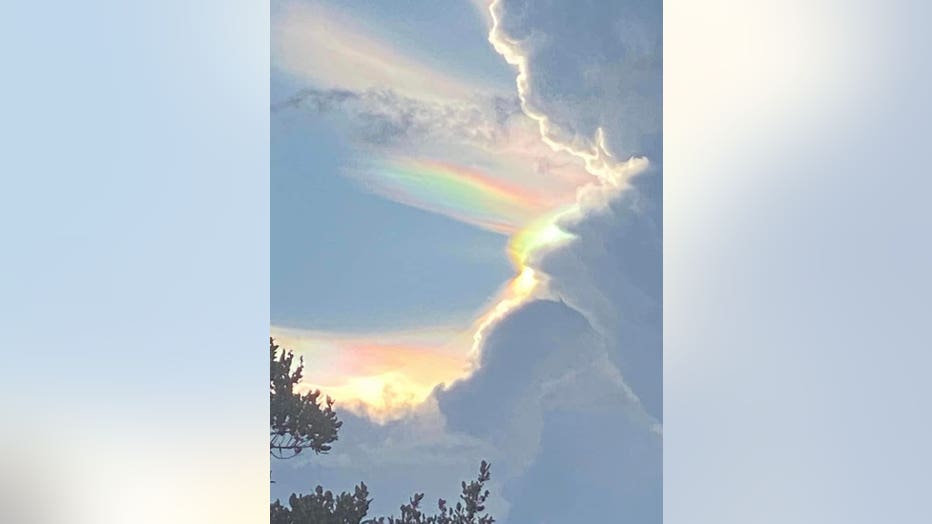