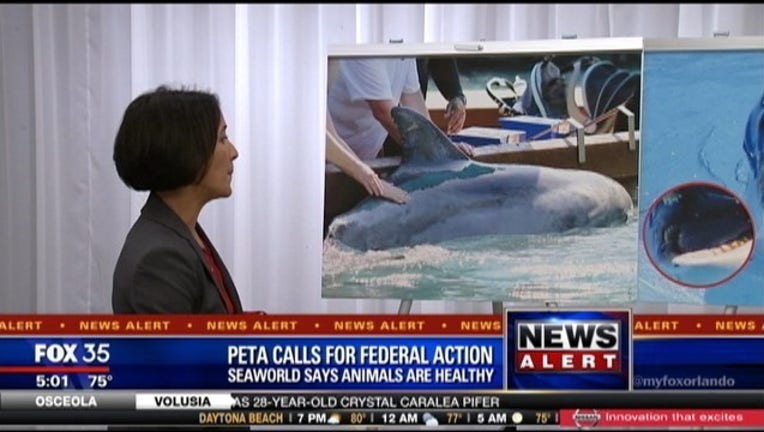 PETA veterinarian Heather Rally said Thursday that she saw dolphins with skin abnormalities, unsupervised contact between the public and dolphins and orcas with dental trauma and rake marks.

PETA officials asked the U.S. Department of Agriculture to send inspectors to the park to investigate. PETA has made similar requests about SeaWorld's two other parks in San Antonio and San Diego.

SeaWorld veterinarian Lara Croft says the USDA finished an annual inspection of SeaWorld parks weeks ago and SeaWorld did very well. Croft says many of PETA's observations are seen in animals in the wild too.