Gene Hubert told FOX 35 that he wanted to be the first person to see President Trump.

OCALA, Fla. - President Donald Trump is coming back to Central Florida on Friday and supporters are already lining up.

The President will return to Florida on Friday, October 16, for a Make America Great Again rally in Ocala, the campaign announced on its website.

The event will be held at Ocala International Airport, 1770 SW 60th Ave., a 4 p..m. with doors opening at 1 p.m.  Guests may only register up to two (2) tickets per mobile number per event. All tickets are subject to a first come first serve basis. Visit the campaign website to request tickets.

FOX 35 caught up with a man outside of the Ocala International Airport. Gene Hubert said that he wanted to be the first person in line to see President Trump. He was also the first in line for a Trump rally in Melbourne in 2017.

He said that he stakes out his spot so he can get a front-row seat for the rally, stating that "we sit here. I do wait for a neighbor. If not, I just play on my phone. I got a cooler with water and Gatorade. Got some cheese sticks, some food. You never know where you're at or located but if you see behind me, we got a Circle K. I can go use the bathroom so I'm set up really well here." 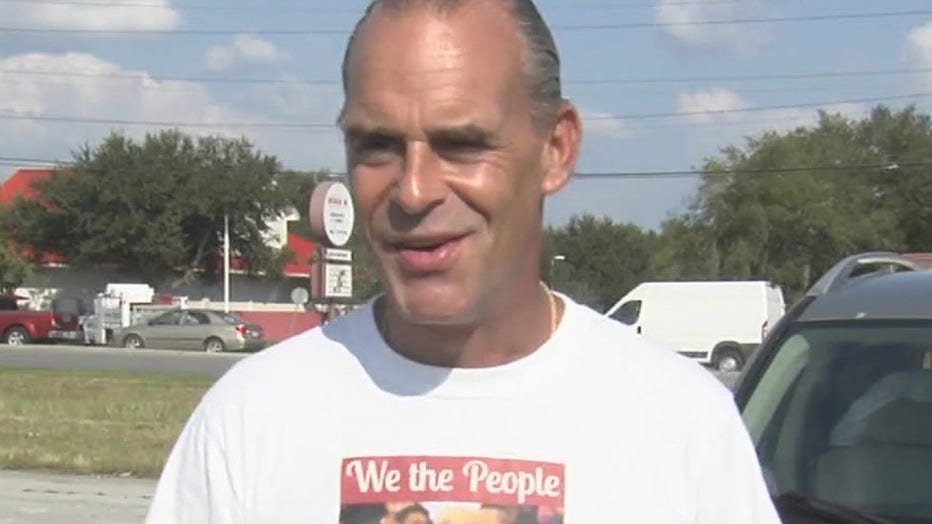 Hubert also said that he made it to the rally in Jacksonville and Sanford earlier this week.

Marion County Elections Supervisor Wesley Wilcox said that the President picked Ocala for his next rally because "both candidates are hitting the state of Florida just as much as possible. You and I both know the state of Florida is the prize when it comes to November 3rd."

The Supervisor of Elections also said that Marion County is typically red and the President has a large base of supporters in the area.