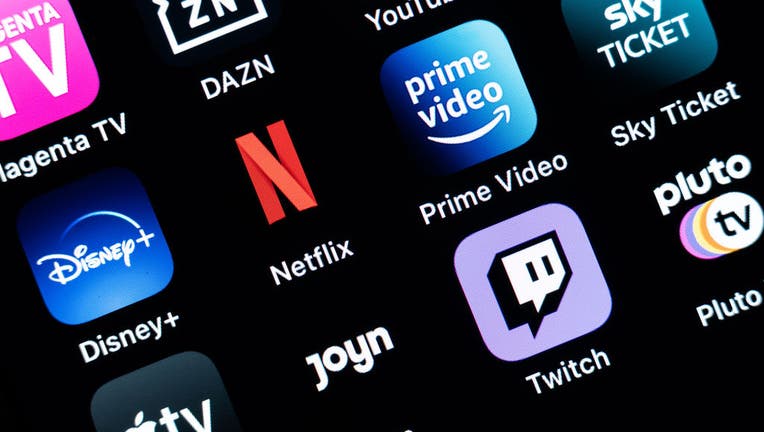 FILE IMAGE - Various streaming services can be seen on the display of an iPhone SE. (Photo by Silas Stein/picture alliance via Getty Images)

Anyone with a streaming platform can vouch for the wide variety and the sheer volume of television and movie options available today. And according to new data from media research firm Nielsen, people are feeling overwhelmed by all the choices.

A report released this month, which compiled results from a Nielsen survey of nearly 1,400 U.S. adults who currently use streaming services, found that many feel inundated by all the content. Nearly half (46%) said it’s harder to find the video content that they want to watch "because there are too many streaming services available."

And this checks out — as the amount of content available today on different streaming platforms is staggering and only continues to grow. In December 2019, there were just over 646,000 unique program titles across U.S. traditional TV and streaming services. As of February 2022, that number had grown to more than 817,000, according to Gracenote, a Nielsen company.

RELATED: Oscars 2022: Where to stream ‘CODA’ and what our critics thought

Streaming adoption and usage increased during the COVID-19 pandemic when many were forced to stay home with little to do beyond watching TV and movies. In an average week, U.S. audiences watch almost 170 billion minutes of video content, up from just over 143 billion a year ago, according to Nielsen.

Furthermore, the number of people who paid for three or more streaming services continued to grow over the past three years. In 2019, 8% said they paid for four or more platforms and by 2022, that figure jumped to 18%, according to Nielsen.

Roughly 7% paid for six or more streaming platforms in 2022.

These findings may also continue to climb, as 93% of Americans in one of Nielsen’s recent custom surveys said they planned to either increase their paid streaming services or make no change to their existing plans.

The love of streaming services wasn’t specific to a particular age group or other demographic, Nielsen said in the report. Only one in 20 people said they had negative feelings about their streaming experiences, and more than two-thirds (69%) said they didn’t cancel any services in the past year.

"Making it easy for audiences to find new content they’ll love is key. That way viewers don’t get stuck aimlessly scrolling or reverting to half-watching a stale, yet familiar choice and disengaging," Nielsen said in the report.

It noted how platforms should apply "hyper-detailed video descriptors" to content catalogs to help crystalize the storyline and give better context to the essence of the show or movie.

Nielsen said there is growing industry awareness about the overwhelmed feelings, and some companies have bundled traditional and streaming offerings, such as Xfinity and Apple TV.

Last month, Verizon announced its new +play platform, which also aims to centralize streaming options for its customers and allow them to purchase and manage some of their favorite subscriptions at no additional cost. The platform involves partnerships with Netflix, Peloton, Disney+ and other streamers, the company said.

"The audience will steer the future of the streaming landscape, and the media industry can help consumers in their media journeys by leveraging data to ensure they never get lost along the way," Nielsen concluded in its report.