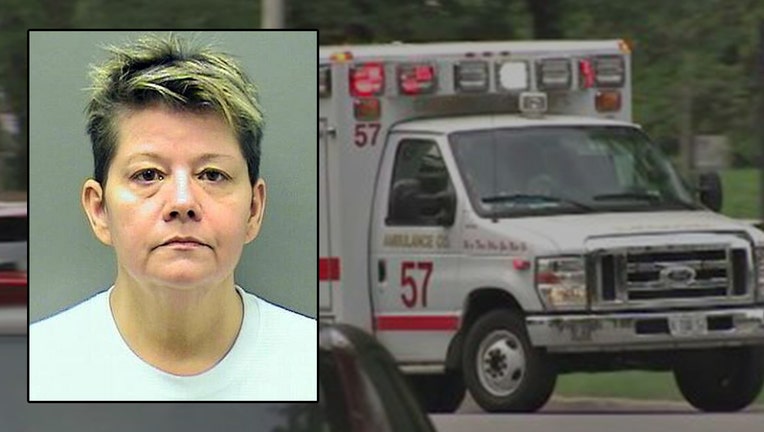 HOT SPRINGS, Ark. - A paramedic in Arkansas if facing charges after authorities say she stole a diamond ring from a dead patient.

The Sentinel-Record reports that Lisa Darlene Glaze, 50, was arrested on Monday. Glaze allegedly cut a ring off of the dead woman's finger at the CHI St. Vincent Hot Springs hospital where Glaze worked. She then reportedly sold it for $45 at a pawn shop.

The victim, Gloria Robinson, reportedly experienced a medical emergency on Oct. 16 and was taken to the hospital where she was pronounced dead. When her belongings were given to her family, her family reported that three of Robinson's rings were missing.

The Sentinel-Record states that when the sister asked Glaze where the rings were, Glaze reportedly "did not answer her and walked away."

Two of the rings turned up in a bag given to the family at a funeral home. However, one was reportedly still missing.

"The ring had been cut off Robinson's finger," the Sentinel-Record said the affidavit stated.

A deputy went to the pawn shop where the ring was reportedly sold and an employee confirmed that Glaze was the person who sold the ring.

"CHI St. Vincent Hot Springs places a priority on the safety and well being of our patients and our healing ministry is committed to their security while in our care. Upon notification by authorities, CHI St. Vincent Hot Springs placed the employee in question on administrative leave without pay pending further investigation. The hospital continues to cooperate with local authorities."

The victims sister was able to get it back from the pawn shop and had it appraised. The 1.7-carat ring was valued at nearly $8,000, according to the Sentinel-Record.