DETROIT (FOX 2) - Neighbors in one Detroit neighborhood say coyotes usually came out at night - which was unnerving enough, but now they’re getting brazen and coming out in the daytime.

Videos from residents show coyotes roaming about on a vacant lot on Detroit’s west side.

Rattled neighbors called Detroit Animal Control to no avail. The city only deals with stray dogs, but not coyotes.

People living on the 18200 block of Stout say the roaming band of coyotes has them on edge.

"It was like a little bigger than a dog, a regular pitbull, it was like this tall," said Kevin March.

"My kids were out here playing yesterday and I noticed one of them running up - and I thought it was actually a dog at first - but it was a coyote," said Kyle Payton.

FOX 2: "What concerns you most about these coyotes?"

"The babies and the small dogs," said Colleen Brooks.

And for good reason. Brooks says there were more than a dozen stray cats roaming the neighborhood. Now, there are two.

"All the cats are gone in the neighborhood," she said. 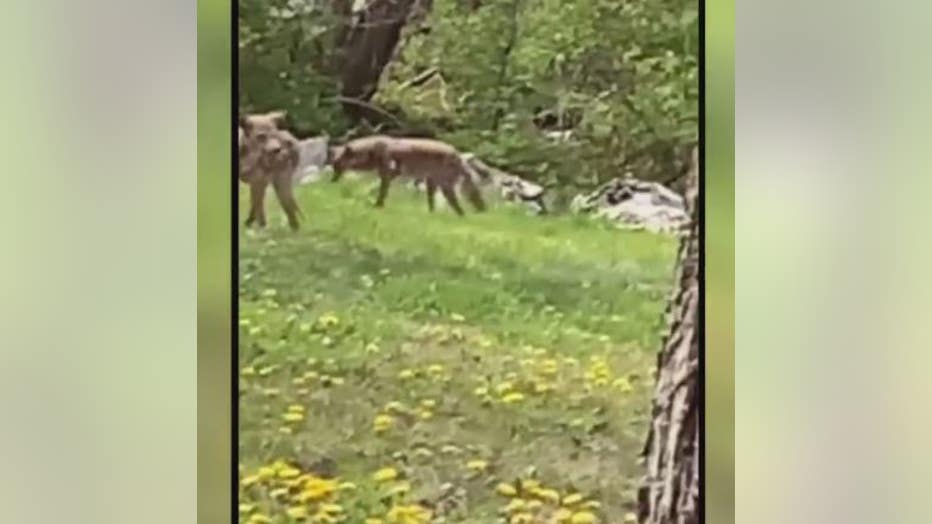 "I believe the coyotes ate them," she said. "Last night while my husband and I were coming in, we heard either an animal, i think we heard a dog too, and it sounded like they were crying like they were being attacked."

Neighbors called Detroit Animal Control to no avail. The city only deals with stray dogs, but not coyotes.

"The changes in Detroit with the nice habitat being created with the vacant lots and vacant homes and things like that, do create additional habitat for coyotes," said Holly Vaughn.

Vaughn from the Department of Natural Resources, says that it’s breeding season, which makes these daytime coyote sightings more common.

On top of that, Vaughn says coyotes can be out 24/7 if they’re feeding a hungry family.

"Things that people can remember is to remove any food sources that you have around," she said. "So if you have trashcans that you put out at the curb the night before, maybe put those out in the morning so that coyotes aren’t attracted by small animals that come to that food source. If you feed pets outdoors, remove that pet food source."

The DNR said that it would help to bring a noisemaker like rocks in a glass jar or even shaking keys to ward them off.

One resident got a quote from a pest removal company to trap the coyotes and was quoted $1,500.