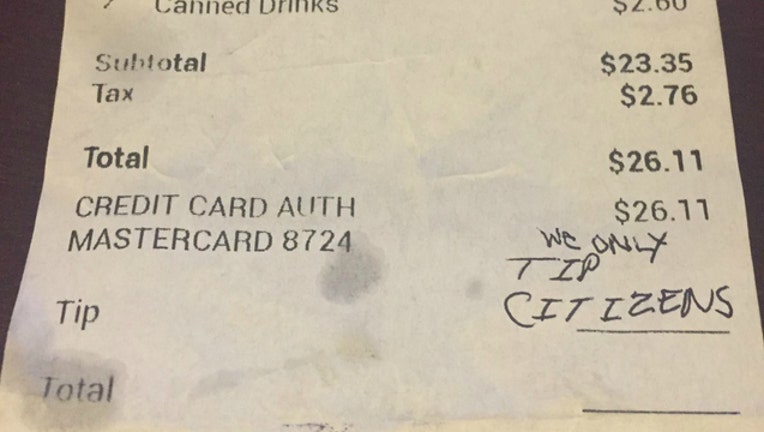 FOX NEWS - The owner of a Virginia restaurant said she doesn’t want the patronage of a couple allegedly responsible for a “nasty and racist” comment that was left on a receipt and was directed toward a server.

WHSV-TV reported Thursday Sadie Elledge, 18, served a man and a woman two gyros, sodas and a Greek salad at Jess’ Lunch in Harrisonburg. Elledge said that she felt uncomfortable serving the pair because they wouldn’t talk to her and only would “nod their heads.”

The woman signed the receipt and didn’t leave a tip, which the station reported isn’t uncommon for the restaurant workers. However, what she wrote in the tip spot is what has caused an uproar.

The receipt read: “We only tip citizens.”

"It shouldn't even matter, I just feel like it's rude and disrespectful. I've never met, I've never done anything to them," Elledge told WHSV-TV.