Tourism officials have unveiled a new global brand to market Orlando and Central Florida to vacationers, businesses and more.

"It’s a collaboration that were talking to all of our target audiences of why Central Florida is the region to visit, to bring your business, were going to do so together" said Casandra Matej, the president and CEO of Visit Orlando.

City Mayor Buddy Dyer and Orange County Mayor Jerry Demings were both at the Amway Center for the announcement Monday morning. They say one targeted message to bring people and companies will mean economic growth.

"This I how we maintain jobs, we create new jobs and in fact this is how we ensure broad based prosperity for everyone in our community so nobody gets left behind," said Mayor Demings 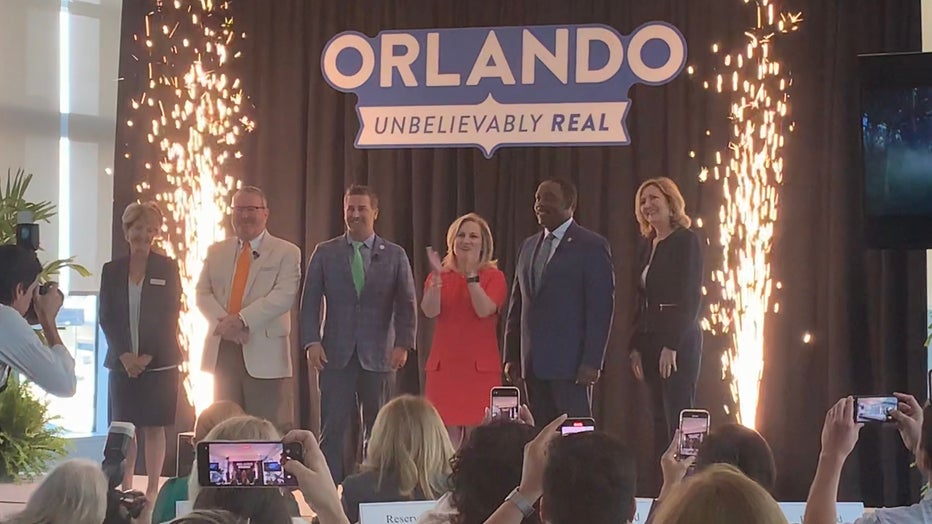 Visit Orlando also launched a contest, called "The Unbelievably Real Sweepstakes," where residents can upload their own images of what they feel is "unbelievably real" about Orlando for a chance to win a staycation. The deadline to submit a photo is May 31, 2022