The Orlando non-profit Page 15 works to empower, develop and nurture young writers, some of whom may have been written off.

ORLANDO, Fla. - Comfy beanbag chairs, colorful rugs and rows and rows of books neatly stacked on shelves set the stage – literally – for the Page 15 after school program in Orlando.

At the front of the softly lit room is a stage and microphone for budding young writers who come to share their writing.

Young's favorite part is watching these writers blossom. It's a passion that started when she was young.

"A little thing my grandmother used to tell me when we were growing up, she was a big reader and she had a little rule of thumb that you had to get to page 15 before you could decide to quit on a book."

Grandmothers have a knack for knowing what we need even before we know it ourselves. Young's grandmother, Teddy, was no exception. Young took her grandmother's words and turned it into a non-profit she called Page 15, an ode to her grandmother. She took a leap of faith when she found herself without a job during in 2008. 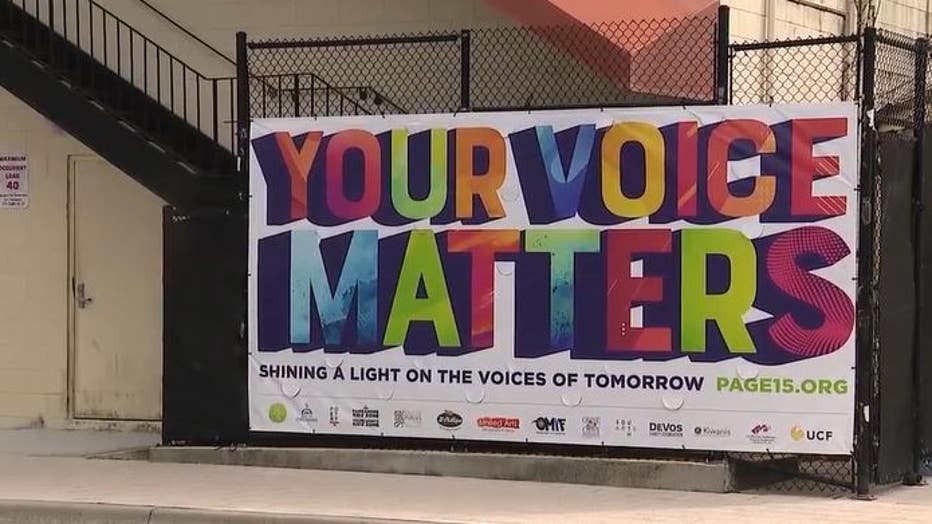 The Orlando non-profit works to empower, develop and nurture young writers, some of whom may have been well, written off.

"We work with them really hard to encourage them to get themselves to believe they have something to say," said Alex Smith, a 22-year-old volunteer with Page 15.

Volunteers call these young writers ‘diamonds’ who just need a chance to shine. One of those diamonds is 16-year-old Sekario Drummond.

Drummond is a junior at Jones High School who's been going to Page 15 since he was in kindergarten.

"I'd write how my day was going if it wasn't good and then I'd just feel relief," Drummond said.

Drummond says Page 15 has helped him become better academically and better at dealing with life that sometimes gets a bit messy.

"This one time I was getting bullied. I had, you know, thick glasses and all that in middle school and the kid wanted to fight me at the school and instead of fighting him, I went to Page 15 and I wrote about that and then I went home and I forgot about it."

These are the stories that keep Julia Young going, despite limited resources. She is constantly seeking community support wherever she can.

"Community support is everything to us. We are a 5013c nonprofit and we rely every day on the donations of and from individuals, family and corporate foundations here in Central Florida."

And she says she won’t stop –  and neither will the volunteers because for all of them, Page 15 is worth so much more than the paper it's written on.

"I have been so privileged in my education in having the people who have always been there to have the things that you say matter and have shown me how to do that," said volunteer Alex Smith as her eyes filled with tears.  "And I think that it has made a world of difference in my life up to this point and...It makes me a little emotional because there's so much that gets overlooked and I don't want that to happen to them."