A veteran once again has a home after high rent prices forced him to live in shelters.

ORLANDO, Fla. - Less than a month after telling his story to FOX 35, an Orlando veteran, again, has a place to call home.

Steve Wickersham proudly held up the keys to his new rental home near Downtown Orlando Monday. 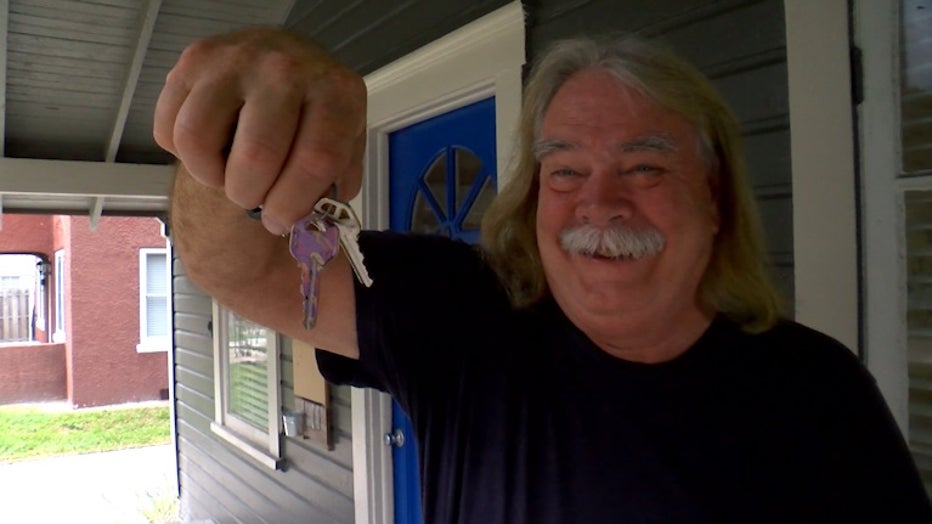 After several months of living in a Salvation Army shelter, you can imagine those keys mean a lot to the Vietnam veteran and long-time Orlando resident.

Wickersham first told FOX 35 his story in early October when State Representative Anna Eskamani put out a call for help on his behalf to her social media followers.

The house Wickersham had been renting for years was recently renovated and the price of rent nearly doubled as a result.

"I was paying around 750, or something, plus utilities and that place having been renovated is about $1,400 now,” Wickersham said in early October.

He moved out of the house as he looked for other options, but Wickersham said options quickly became few.

Even as a working, middle-class guy, he found most rentals in the area going for far more than he alone could afford, and low-income rentals all seemed to have months-long waiting lists that he couldn’t wait around for.

Meanwhile, Wickersham was forced to turn to the Salvation Army shelter for a place to live, and his time there was running short as well.

Eskamani asked anyone with an affordable option for Wickersham to speak up and help him out.

Well, less than a month after that first story aired, Wickersham said he was contacted by a landlord in the area who just happened to be a fellow Vietnam veteran and who was ready to help out.

As of November 1, Wickersham moved into that rental.

Assistance from the VA and Salvation Army helped him cover moving costs and groups like the Mustard Seed of Florida, helping him furnish and move into his new place.

Wickersham said the new place is still a bit of a rent increase from his previous home, but it’s a price he can actually afford and thrive at.

“I was lucky, I was very lucky,” Wickersham said.

Wickersham credited the news coverage of his situation for getting the attention to his situation that eventually made the difference.

He hopes others in a similar situation see it as well and see that there are options and assistance out there, and he said he himself met several fellow veterans shouldered with a similar burden during his time in the shelters.

Eskamani was very pleased to see Wickersham’s worries end, but said his struggle was an eye-opener for her too, even after her efforts to combat high rent prices in Central Florida over recent years.

“No one is immune to the rising cost of rent,” Eskamani said. “I think the reality is that there’s a lot of work to do. Rent is an issue that impacts all of us.”