Detectives say the woman may have been distracted by a phone call. FOX 35's Valerie Boey has the story.

ORLANDO, Fla. - A third-grade teacher was arrested, accused of leaving a baby in a hot car, killing him.

She's now charged with aggravated manslaughter and neglect of a child. She has since bonded out of jail.

Deputies say the third-grade teacher from Rolling Hills Elementary left 20-month-old Jace Leslie in a hot car for seven and a half hours with temperatures reaching 105 degrees,

Investigators say the discovery was made outside the baby’s daycare center on Sept. 11. 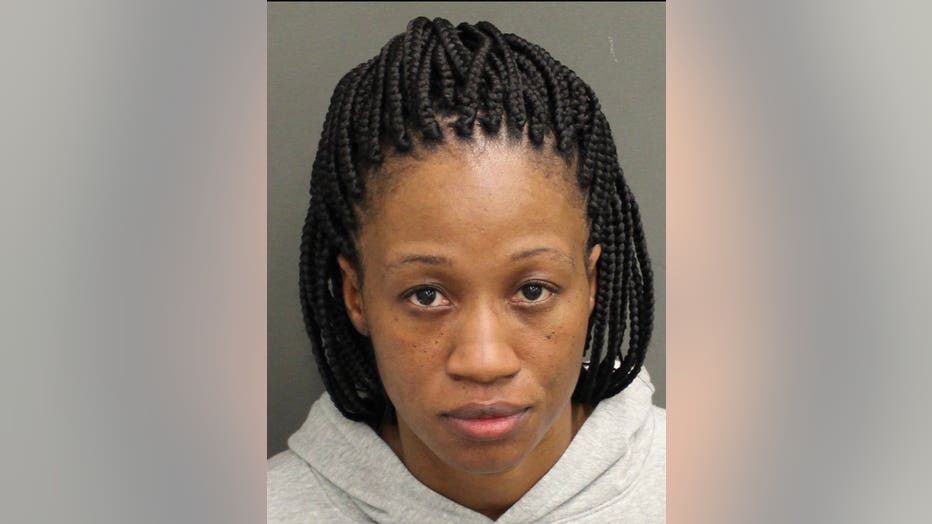 Alton Williams lives across the street.

"When I was laying in my room I heard screaming and I came outside to see what it was because I thought people were fighting and I seen one of the workers and she was like running around and screaming," he said.

Deputies say Jace’s mother, Makia Wallace, hired her friend, Dougkindra Wallace, to transport the baby to and from daycare in Pine Hills. She said she paid the teacher $80 a month.

On the day of the child’s death, detectives say Wallace picked up Jace at 7:30 a.m.

By 7:40 a.m., she dropped off her own child at the babysitter’s home. And then made a phone call that lasted 31 minutes.

Detectives say it was this call that made Wallace likely distracted.

Instead of dropping Jace off at daycare, at 7:50 a.m., she went to Rolling Hills Elementary and entered the school.

And by 3:40 p.m., she arrived at Jace’s daycare and discovered he was buckled up in his car seat dead.

The baby's family didn't want to talk. They say it's been very difficult and are asking for privacy.