It's not typically what you want to see at an airport -- police, fire trucks, and other emergency responders scrambling on the tarmac. Orlando Sanford International Airport held a mass casualty drill Tuesday designed to improve safety.

"If this was a real incident, you’d see a lot more people, a lot more equipment," airport president Tom Nolan said. "We are fine-tuning our safety response skills."

Airport staff and local first responders simulated what they would do during a real airport emergency, like if a plane went down with passengers on board. They used real equipment and set up triage areas to treat fake patients.

The Federal Aviation Administration requires the airport to do this every three years.

"Because of the federal government, the COVID, some of it is virtual," Nolan said. "Some of it is offline. Keep in mind, the COVID does have a tendency to suppress these types of practice and scenarios." 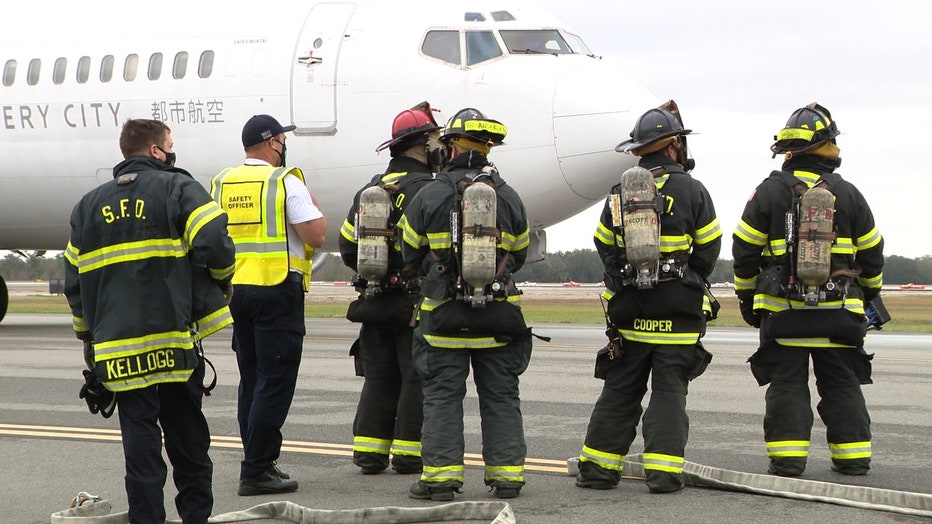 That’s not the only thing to change during this drill because of the pandemic. usually, the patients are real people too.

"Typically, we would have probably 100 volunteers that would actually have theatrical makeup, showing their wounds, instead we have dummies and different placards," Nolan said.

After the exercise, airport leaders will take a look at how things went during the simulation to see if anything needs to be changed.

"We put a lot of time, effort and resources [in this] because safety is the number one priority at Orlando-Sanford International Airport," Nolan said.