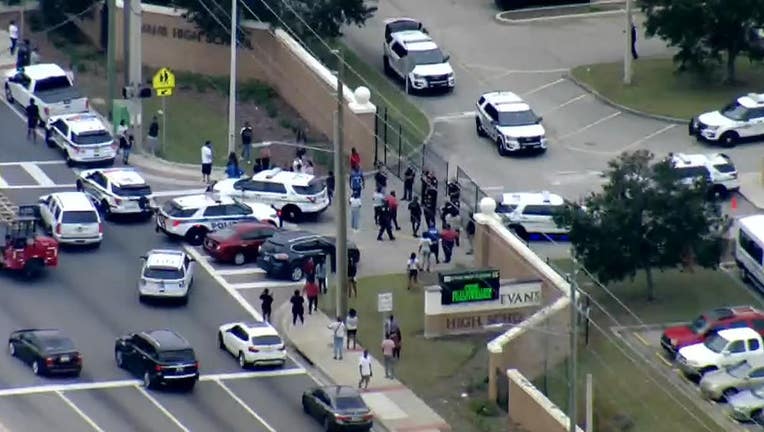 ORLANDO, Fla. - Deputies said there is no active shooter at Evans High School in Orlando after a social media threat prompted a large law enforcement presence at the campus Thursday afternoon.

SKYFOX flew over the campus located at 4949 Silver Star Road off N Pines Hills Road where more than a dozen patrol cars appeared to have the entrance to school grounds blocked off.

Many concerned parents lined the streets along the school until police were able to safely let them in shortly after 2:30 p.m.

The Orange County Sheriff's Office confirmed in a tweet there was "no evidence of any criminal activity on campus and no weapons found."

Orange County Public Schools said the school was placed on lockdown due to the threat. "All students and staff remained safe while law enforcement conducted a sweep of the campus, that search turned up no evidence of a threat. The school followed all safety and emergency procedures and law enforcement will continue to investigate the source of the post," a district spokesperson said in a statement.

Students were dismissed building by building after law enforcement gave the all clear.