An Orlando ER nurse traveled to New York City to help with the surge of coronavirus patients. Working 12 hours shifts each day in a South Bronx hospital, Hailey Hester described the last month as a "roller coaster."

ORLANDO, Fla. - Orlando emergency room nurse Hailey Hester packed her bags for a flight home Tuesday after spending the past month trying to save COVID-19 patients in the hardest-hit community in America: New York City.

"I just kept seeing videos and articles and nurses up here in New York asking for help and it was just something I couldn't ignore. I had to come,” said Hester, from her hotel room in the city.

Hester said she made the decision to go and help the hospitals there in late March and began a rollercoaster ride like she’s never experienced before. 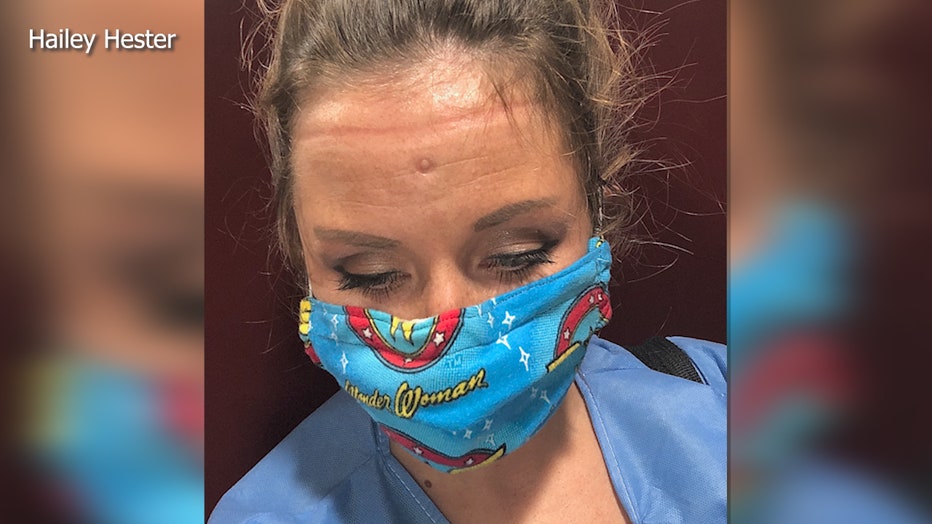 She said she’s been stationed at a hospital in the South Bronx, working 12-hour shifts almost daily and caring for a constant stream of patients.

"Lincoln [the hospital] has nine floors and they've created every floor into an ICU, so the whole hospital is basically an ICU unit,” she said. "As soon as you get there, you collect all of your PPE to start your night off with and then you never take it off."

Hester said during her first few weeks there, she and her fellow nurses and doctors could only get a single face mask each that they’d have to use for five days straight due to shortages.

In recent weeks, she said that situation has improved and now they’re using a new mask each day.

She said the patient numbers are also on the decline there, but the hospitals are still packed at this point. 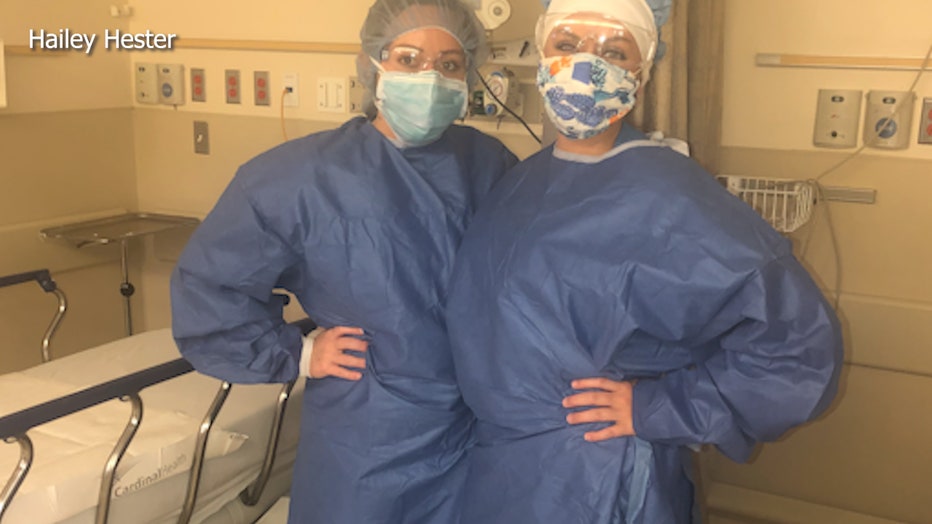 Hester recalled patients coming in daily in very bad shape and having to go straight into isolation for the virus.

She said lonely deaths happened on nearly every shift.

"The hardest part is just,” she said, “they're alone and the family knows they're alone. The family literally has to walk themselves out knowing they might never see them again. It's horrible."

Hester shared photos of her fellow healthcare providers at the hospital holding each other up through the draining experience, sharing messages of hope with one another and praying together before shifts. 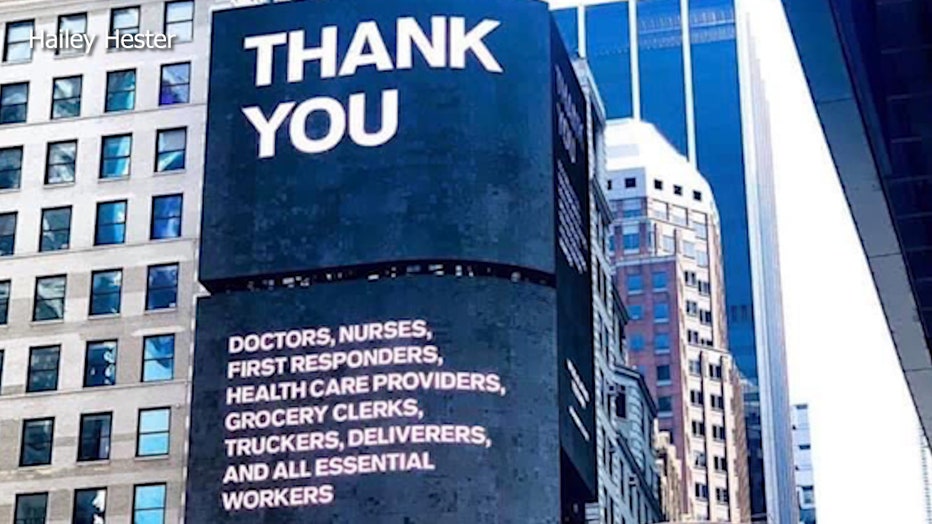 Her photos also showed people standing outside the hospital holding up signs of encouragement for her and her colleagues, as well as the big screen in Times Square displaying messages of thanks to healthcare providers and first responders.

Hester said the things she saw and the experiences of the past month will stick with her forever.

Though she said she isn’t sharing her story for pats on the back, rather to help people understand the side of the pandemic most will never see: To urge caution as we try to move forward safely.

"I'm not saying that our nation doesn't need to open up, because obviously people can't survive if we don't, but there has to be caution and there has to be strategy behind it. Otherwise, it's going to be much worse than this wave was for New York City,” she said.