Dr. Daniela Tello grew up in Orlando but has spent the past four years as a resident of internal medicine working at four different hospitals in America’s largest city; the city that’s now America’s COVID-19 epicenter.

ALTAMONTE SPRINGS, Fla. - "It's hard to sleep at night cause all I do is have nightmares of patients and my loved-ones getting it,” said Dr. Daniela Tello, still in her scrubs and facemask, stepping outside a New York City hospital for a brief break from the stress inside Friday.

Tello grew up in Orlando but has spent the past four years as a resident of internal medicine working at four different hospitals in America’s largest city; the city that’s now America’s COVID19 epicenter.

On a video call with FOX 35 News Friday, Tello said the situation with the illness is changing every hour there and gradually getting worse.

She said this past week has been a test older doctors working with her can only slightly compare to the height of the AIDS epidemic in NYC in the 80s and 90s.

"We were getting on average like 5 admissions in a 24 hour period,” said Tello. “Now it's up to 30 per night shift and increasing."

She said entire areas of the hospitals are now dedicated to fighting Coronavirus. Images have come out of the city showing the National Guard setting up additional, make-shift hospital space in a convention center.

New York City alone, as of Friday, was reporting more than 26,000 cases of the virus and 450 deaths. 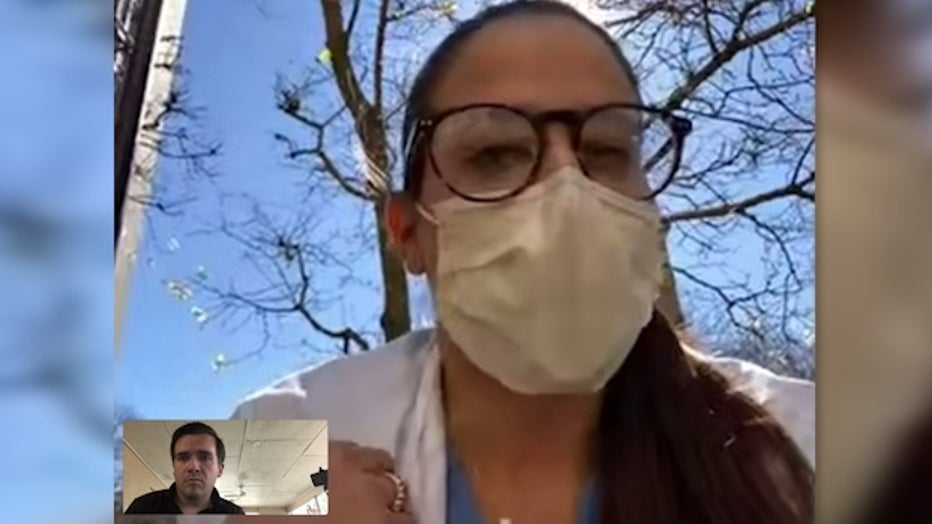 Tello said her and her fellow doctors and nurses are hearing the coding alarm going off nearly every hour.

"Within hours they're requiring intubation,” she said. “The rate this virus progresses is scary."

Like many on the front lines, she reports that it’s not just older people coming in. She said she’s increasingly seeing more 20s and 30s year-olds being admitted and even going into cardiac arrest; a sobering sight for the doctor who’s in her 30s as well.

Dr. Tello said the constant, growing fight is taking a toll on the doctors and nurses around her, but she also said she’s never seen unity among those in her profession like she is now.

The support from friends, family, and strangers from her home in Orlando and from people everywhere is helping her and other medical professionals get through this as well.

However to her fellow Central Floridians, seeing only a fraction of the effects of COVID-19 that New York has, she urges serious caution with this virus. She said they’re inundated now, but it could easily look like that in the Orlando area any day.

"Please, please, take this seriously!" she said through protective mask. "You can enjoy your life later when this is gone. The only way we're going to make it go away is if people follow directions and respect the social isolation.