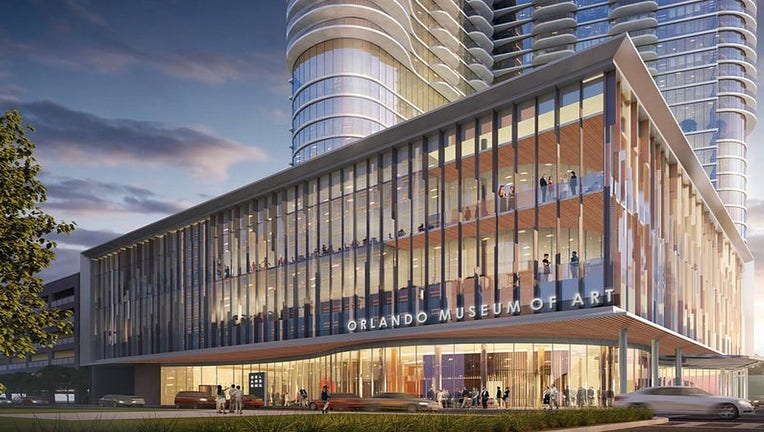 The Orlando Museum of Art's Board of Trustees voted unanimously to file a letter of intent to pursue a downtown expansion as part of the SDG, LLC and Summa Development Group, LLC planned 33-story, 1 million-square-foot modern glass tower at Church, L

LAKE MARY, Fla. - The Orlando Museum of Art (OMA) on Monday announced major upcoming exhibits as well as plans for renovation and repair of the Museum’s current Loch Haven location and expansion of the Museum’s footprint to include space in downtown Orlando.

The Museum’s Board of Trustees also voted unanimously to file a letter of intent to pursue a downtown expansion as part of a planned 33-story, 1 million-square-foot modern glass tower at Church, Lake, and Pine Streets.

The development sits on a three-story glass cube and comprises penthouses, condominiums, a luxury hotel, and a cutting-edge contemporary restaurant. The potential expansion would be an extension of the current Loch Haven footprint, featuring interactive educational facilities, offices, visitor services, and notably, 30,000 square feet of additional exhibition space which would house some of the new exhibits and new collections.

"The initiatives we are pursuing are transformational, representing a bold, new vision for Orlando Museum of Art while simultaneously re-positioning us to make a deeper investment into our community both culturally and economically," said OMA Director & CEO Dr. Aaron De Groft. "We are confident our donors and constituents will appreciate and be equally motivated to help bring this vision to life and we look forward to realizing these plans while continuing our dedication to be inclusive and equitable within our community."

"We are celebrating our 2024 centennial with a commitment to be an even greater force in our community with two locations, highly regarded and sought-after works of art, and ultimately, a new dimension of unforgettable experiences at Orlando Museum of Art," said Cynthia Brumback, Chair of the OMA Board of Trustees.