The highest beam has been placed on the Orlando Magic’s new training facility. Coaching staff and players said that the facility will be a game-changer for the team.

ORLANDO, Fla. - The highest beam has been placed on the Orlando Magic’s new training facility. Coaching staff and players said that the facility will be a game-changer for the team.

"Of course, the newest is always the best," Orlando Magic CEO Alex Martins said. "I think, by square footage, this will probably be the biggest in the NBA."

The Orlando Magic, the DeVos family and AdventHealth held a ceremony to mark the placing of that beam, bringing the project closer to completion. 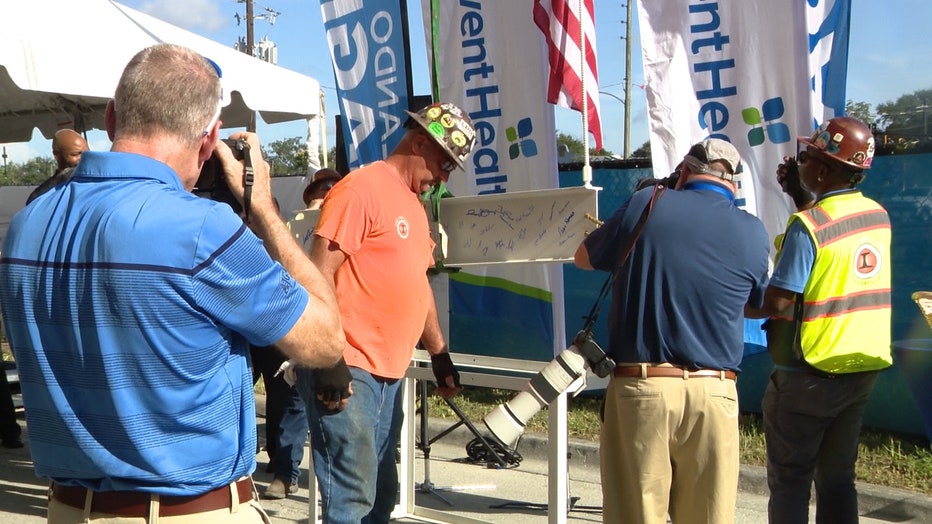 Players are looking forward to its opening.

"The pictures I’ve seen, the renderings I’ve seen all look amazing," Orlando Magic player Jonathan Isaac said. "To be able to come into the groundwork being prepared is mind-blowing, to be honest."

The new facility will have world-class medical professionals and equipment, including full-size basketball courts for the team.

"Teams have been able to attract top talent to their organizations when those players know that the best of equipment, the best training and the best facilities to be able to keep themselves healthy, to recoup and rehab from injury and also to elongate their career, that’s what this facility is going to be all about," Martins said.

The team says the location, a block away from the Amway, will make it easier for injured players to get treatment.

"This will be a step up from what we have now," Isaac said. "Not that what we have right now is not great, but they’re really going above and beyond to make sure have everything."

The new facility is expected to open in the spring of next year.