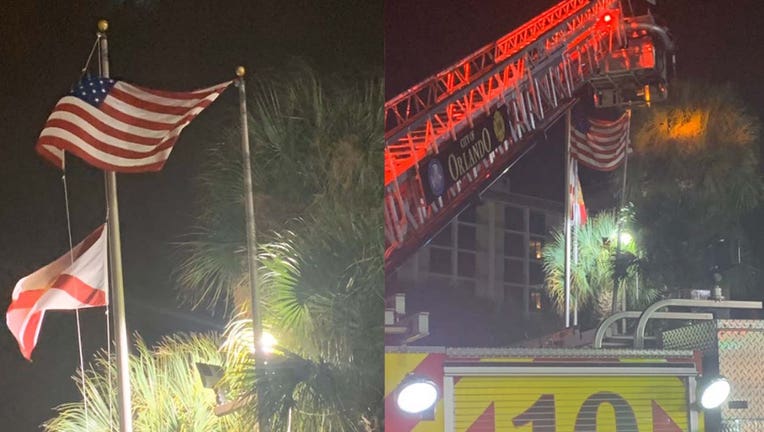 ORLANDO, Fla. - Some Orlando firefighters took time while on duty to show their patriotism and love for their country.

The Orlando Fire Department tweeted some photos on Thursday showing an American flag that had become snagged on a pole next to it.

"Tower 10 and Engine 10 A-shift freed an American Flag that was snagged on an adjacent pole outside of an I-Drive hotel," the tweet read.

The crew reportedly noticed it while they were leaving a call. Instead of moving on with their morning, the firefighters used the service crane on their fire truck to free the flag.