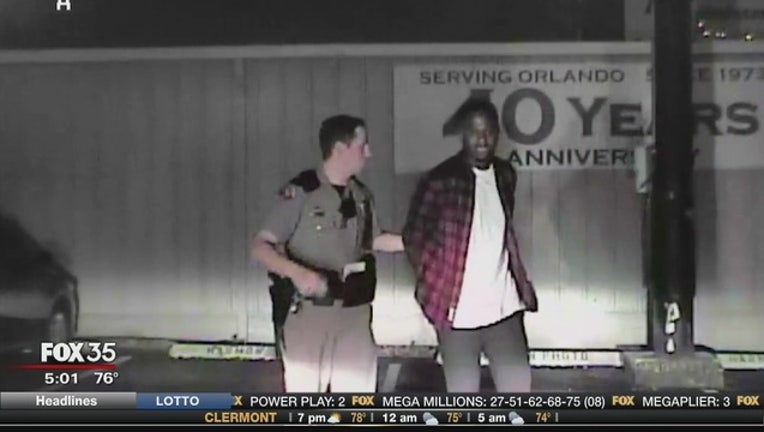 Cyle Larin told reporters Tuesday that "I did something I don't usually do. I learned from it. That's the only thing I can take from that. Not to do it again."

June 15th dash cam video shows a Cadillac SUV driving down the wrong side of the Ivanhoe Boulevard onto Orange Ave in Orlando. In the Florida Highway Patrol's report, Larin, who is Canadian, told troopers that he wasn't from here...despite living in Orlando for 3 years.

FHP troopers reported that Larin's breath was tested two times-- and came back at more than twice the legal limit of .08. He talked about a life lesson he learned.

Larin explained "Not to make bad decisions when you're in situations. Not to throw everything away that you've worked for your whole life."

After his arrest, his team made him enter a league substance abuse program.

He said his family, friends, coach and team and team are his support system. He said he apologized to his team.

Now he's moving forward. "...Just slowly gaining back the trust of the fans and people I let down," he explained.

He had a message for young fans who might look up to him. "You live and you learn," he explained. "If you have something you love to do, don't do something to jeopardize that."

He said he's more than ready to play his next game better than before. Orlando City plays the Toronto FC on Wednesday July 5th in Orlando.