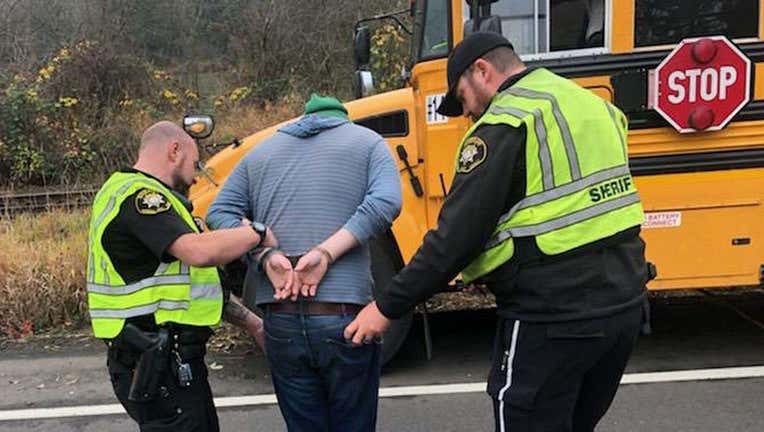 OREGON - A school bus driver in Oregon was arrested and charged with driving under the influence of intoxicants after he drove a bus off a rural roadway into a ditch on Wednesday morning while 10 students were aboard, according to officials.

The Washington County Sheriff's Office said in a news release that deputies were dispatched to a crash involving a school bus at around 8 a.m, located about 30 miles west of Portland. The bus went into a ditch with 12 people on board, which included the 20-year-old driver, Jonathan C. Gates, an adult bus aid, and 10 children between the ages of 10 and 16.

“I honestly felt like the bus was going to tip over,” student Maria Anaya, 16, told FOX12. “We were shaking. I was trying to make sure everyone was OK.”

Anaya told FOX12 the bus took out a small tree along the roadway before going off into a ditch and eventually coming to a stop. 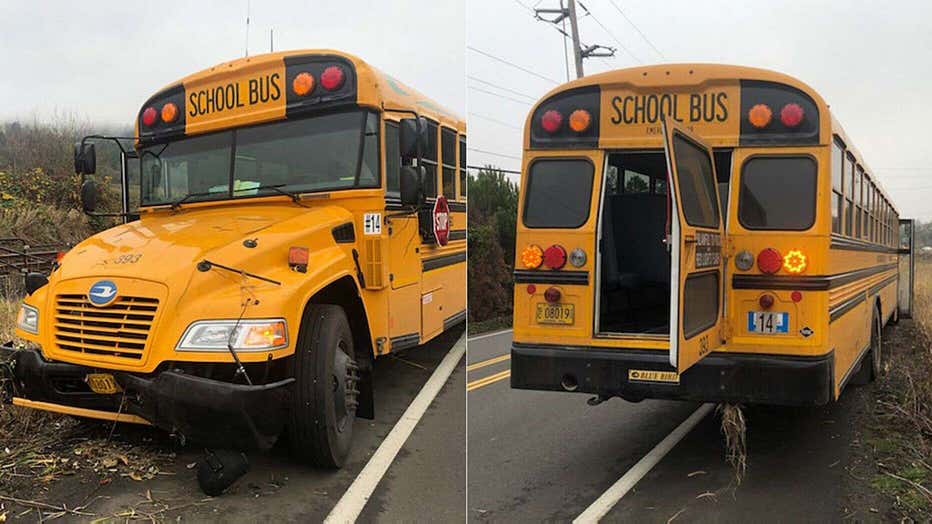 “All of a sudden, I just hear the guy that helps the bus driver start yelling, ‘Watch out, watch out!’” she said Wednesday.

Surveillance video released by the sheriff's office shows the moment the bus goes off the road and into the ditch.

Anaya described her cousin flying out of his seat, and other students on the bus also got thrown into the air as the vehicle crashed into the ditch.

“My cousin, I guess he was sleeping and when everything was moving, he kind of flipped so I was worried he’d get hurt,” she told FOX12.

The sheriff's office said that deputies determined no one inside the bus was injured in the crash, and that it was discovered that Gates, of Hillsboro, appeared to be impaired. He was arrested on the charge of DUII-controlled substance and transported to the Washington County Jail where he cooperated with investigators, according to police.

Gates was issued a citation in lieu of custody and released. The 20-year-old is facing charges of DUII, reckless driving and 11 counts of reckless endangering, according to officials.

A spokesperson from the Forest Grove School District told FOX12 that Gates had been driving on the route for three days, with no prior complaints reported after he was hired by Mid Columbia Bus Company last month.

“The driver was arrested at the site and Washington County Sheriff's Office is investigating the crash," the district said in a statement to FOX12. "Following district procedure, the driver will undergo a mandatory drug test and be placed on administrative leave while the investigation is ongoing.”