Road rage suspect Emanuel Bullard, 19, has been charged for the third time in just over a week – this time for an incident happening inside the Orange County Jail.

ORLANDO, Fla. - Central Florida road rage suspect Emanuel Bullard has been charged for the third time in just over a week – this time for an incident happening inside the Orange County Jail.

FOX 35 News spoke with Bullard’s father Kevin who declined comment on the latest charge but says the prior incidents aren’t like his son.

"He is not the type of person that goes around and looks for trouble," said Bullard.

Orange County Sheriff’s Office arrested Bullard’s son for attacking another inmate. All of these arrests are shocking to him. He said his son was a lot different the last time they were together.

"What he showed me that day was a nice, loving son," said Bullard. "He didn’t have no anger issues. He didn’t seem upset with nothing like that and that’s why I was shocked to see two days later after Christmas was his first charge."

The arrest report claims Bullard punched another inmate in the face causing the inmate’s left eye to swell up. It goes on to state that the injuries are so bad the victim may lose vision.

Bullard, 19, is already in jail on charges stemming from five road rage incidents where he is accused of shooting at occupied cars.

"I’m hoping they will get him some help, and I’m hoping that the justice system will see that there is a need for some kind of early interaction with these youth today," said Bullard. 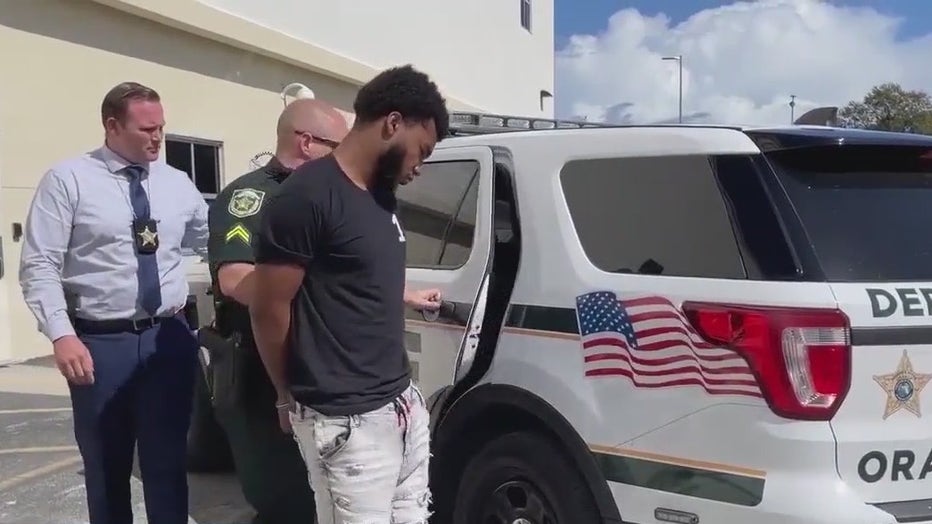 Bullard made another first appearance for his latest arrest but remains in prison on no bond because of the fifth road rage incident. Deputies are asking anyone else who may have experienced an incident like this to come forward.

"No other victims have come forward but certainly if they’re out there, we’ll hear them out and see if he’s responsible for other crimes," said Sheriff John Mina.

Bullard’s father believes part of what is to blame for his son’s recent actions are the people he has been hanging out with. He says parents need to be more vigilant about what their kids are up to.