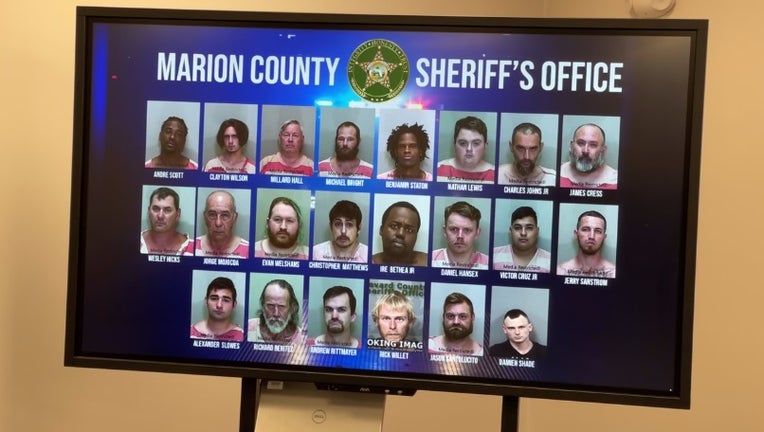 MARION COUNTY, Fla. - A sting operation in Marion County led to the arrest of 22 men who allegedly tried to meet children for sex.

"Operation April Fools" was conducted by the Marion County Sheriff's Office with help from several other law enforcement agencies.

"Law enforcement officers went undercover and exchanged messages with 19 men who ultimately traveled to locations in Marion County with the expectation that they were meeting a child between the ages of 12 and 16 for sexual activity," the sheriff's office said in a news release.

MORE NEWS: 'I thought I was dying': Father, daughter survive after being struck by lightning in Raymond James parking lot

The men allegedly engaged "sexually explicit conversations, graphically describing the sexual acts they hoped to perform with the child," the agency said.

When the men arrived at the scheduled meeting place, they were arrested. Eight additional men, who did not travel to meet a child, had arrest warrants issued for sending sexually explicit pictures to individuals they believed were minors. Three were arrested and deputies are still looking for the other five.

"A child’s innocence is something we should all strive to protect," said Sheriff Billy Woods in a written statement. "I will continue to use all of my resources to hunt down these predators so they may never hurt a child."