A wildlife photographer in Florida got a little more than he bargained for while trying to capture footage of an alligator. (Credit: Bobby Wummer, photographer)

OCHOPEE, Fla. - A wildlife photographer in Florida got a little more than he bargained for while trying to capture footage of an alligator.

Bobby Wummer was at Big Cypress National Preserve and was attempting to get a close-up video of a gator using his GoPro camera. He had the camera on a 12-foot extension pole and tried to get the perfect shot while maintaining a safe distance. 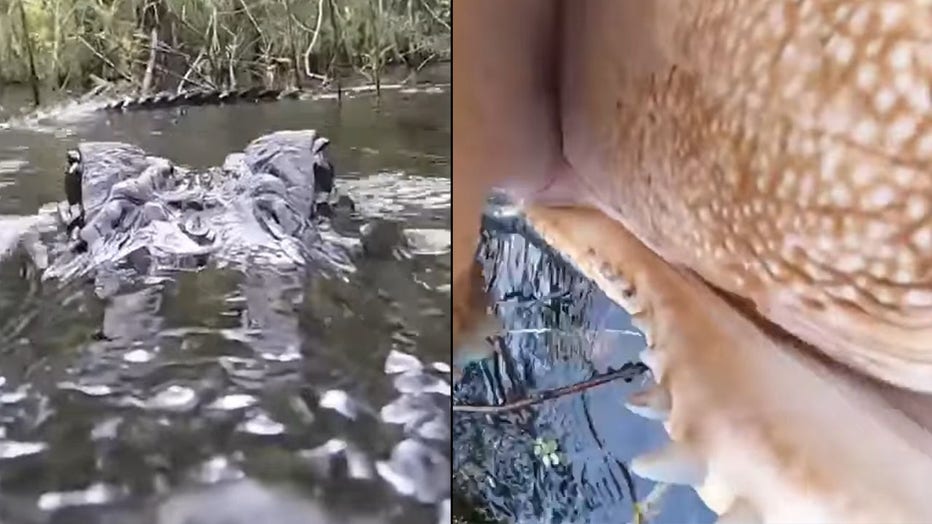 An alligator in Florida snatched a photographers GoPro camera while he was trying to get the perfect shot. (Credit: Bobby Wummer) (Bobby Wummer, photographer)

But the gator had other plans – and gave him an extreme close-up instead!

In the video, the gator lunges up and bites down on the camera, giving viewers a good – and scary –  look inside its big mouth.

Wummer says it was unexpected and not done intentionally.

"I was lucky and didn’t play tug of war which would have probably been the end of camera! The alligator then realized that the camera was not food and he released the camera," Wummer said.

The GoPro only had minor damage.