'It's a gator!' Massive alligator slows traffic on SR-417 in Central Florida

FOX 35 viewer Juliana Grace sent in video of the massive alligator that caused big backups on State Road 417 in Seminole County on Wednesday.

SEMINOLE COUNTY, Fla. - Drivers on State Road 417 in Seminole County came across quite a speed bump on Wednesday when a large alligator made its way into the roadway, slowing traffic during the morning commute.

The Seminole County Sheriff's Office says the 11-foot alligator came from Lake Jesup and was in the northbound lanes near the end of the bridge.

SKYFOX flew over the scene where officials worked to keep traffic flowing before a trapper came out to remove the alligator.

FOX 35 viewer Juliana Grace sent in video as she was driving by the big beast on Wednesday morning.

MORE NEWS: 'Our hearts are shattered': Orlando's Petal the poodle passes away 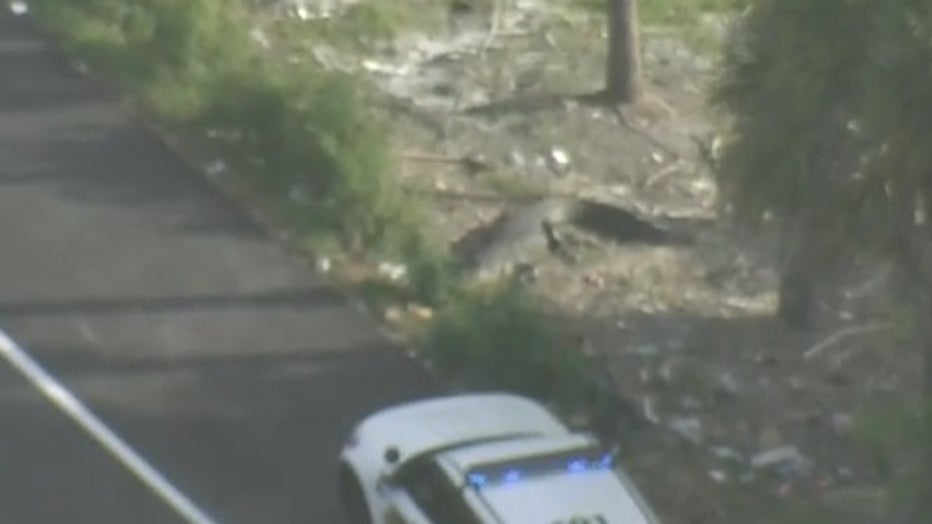 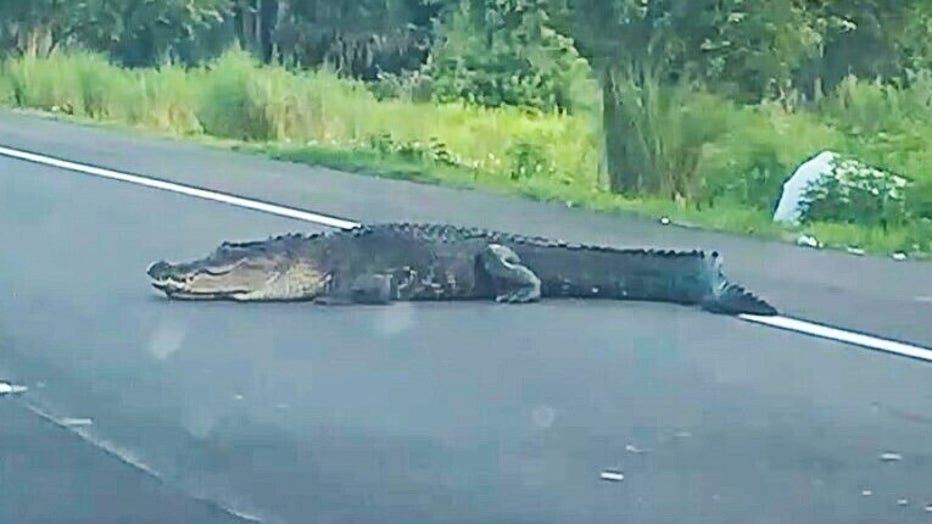 The massive alligator was in the road at one point, but had since made it to the side out of the traffic lanes.

It's unclear where the gator was taken to after being trapped.