Michael Alvarez filmed the sawfish sharks as they swam on the Melbourne Beach shoreline.

MELBOURNE BEACH, Fla. - Two sawfish sharks, which were estimated to be at least 12-feet long, were spotted swimming along the Melbourne Beach shoreline.

Michael Alvarez told FOX 35 Orlando that he was fishing off his friend's dock on Melbourne Beach when he spotted two sawfish sharks swimming along the shoreline in about waist-deep water.

"My friend and I were in shock we spotted the first one. We couldn’t believe what we were seeing especially the size of the sawfish. We knew it was a once in a lifetime opportunity," Michael said. "We called all members in the house and told them to come outside to witness what is in the water. It was incredible."

This included Michael's friend, Bridget, who actually reported the sighting to the Florida Wish and Wildlife Commission (FWC). They are still communicating back and forth and Michael said the FWC described the sighting as "something incredible."

Michael described the sharks to be at least 12 feet long and said it was "amazing" to see. 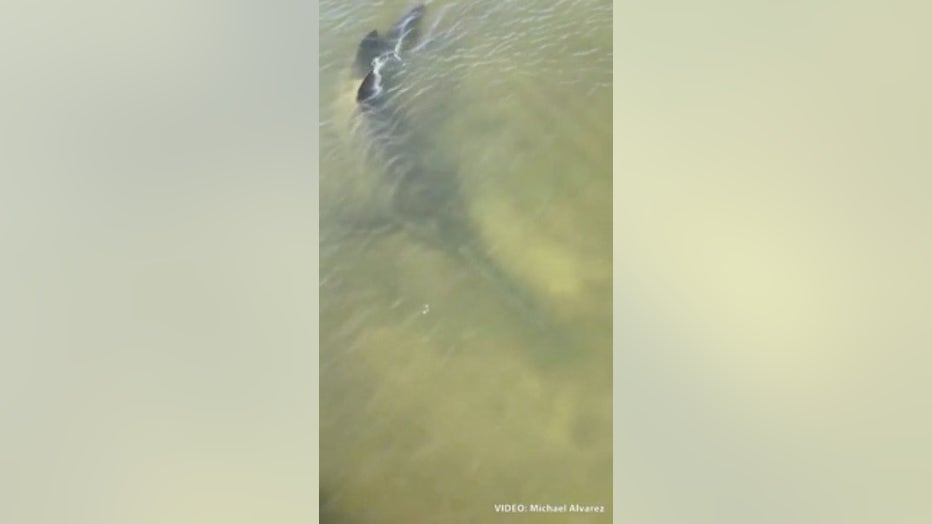