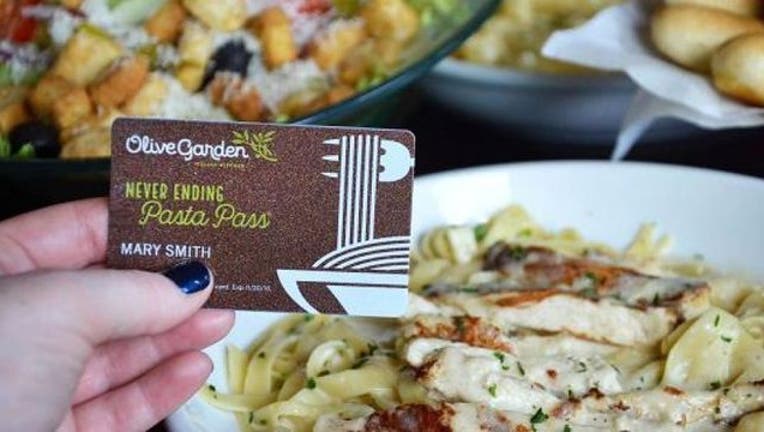 (FoxNews.com) - In celebration of the 21st anniversary of its “Never Ending Pasta Bowl” promotion, Olive Garden is selling 21,000 passes-- or however many of the highly coveted cards it can in one hour-- this year. That’s more than 10 times the amount the restaurant sold in the deal last September.

In 2015 2,000 Never Ending Pasta Passes were claimed in less than one second.

This year, however, the restaurant is giving more guests the opportunity to get an all-access pass to consume seven weeks of never ending soup, salad, breadsticks, soda and of course its pasta. Starting on Thursday, Sept. 15 at 2 p.m. ET, the new round of passes will be available for one hour on the Olive Garden website.