A woman found dead in her home was killed by either one or both of her Great Dane dogs, authorities said.

WAYNESVILLE, Ohio - An Ohio woman was found dead in her home after she was attacked by one or both of her Great Dane dogs, authorities said.

The Warren County Coroner’s Office said 49-year-old Mary Matthews of Waynesville bled to death from numerous bites. An officer was first dispatched to the home around 2:30 p.m. Friday for a possible drug overdose, according to an incident report. 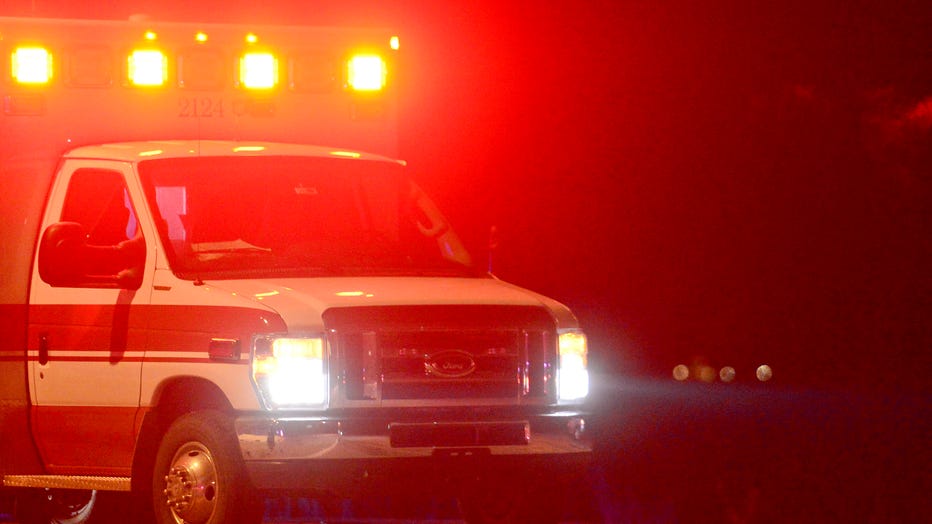 The lights of an ambulance are shown in a file image. (Photo by Matt Jonas/Digital First Media/Boulder Daily Camera via Getty Images)

The officer met the woman’s husband, Dale Matthews, and his son in the driveway of the home, police said. Dale Matthews said that his son picked him up from the Warren County Jail on Friday and when they walked into the home they found his wife lying unresponsive on the bathroom floor, according to the incident report.

Officers said blood was found in the garage, bathroom, living room and other areas of the house, located just south of Dayton. The two large, “but thin” Great Danes were found in an enclosed deck area, according to police.

It was unclear whether both or one of the dogs at the house were involved in the attack, police said. Dale Matthews told officers that one of the Great Danes is “vicious” and has reportedly bit several people — including himself. He added that his wife would have trouble defending herself if the dogs attacked.

Dale Matthews told police that his wife would begin most days by taking "numerous" prescription medications and drinking alcohol, according to the incident report.

The coroner’s office said it appeared the woman was able to get the dogs outside but perhaps didn’t realize how badly she was injured. There was also evidence of several clothing changes with blood on them, as well as towels, which appeared to be Mary’s attempt to clean up the floor or herself, authorities said.

Both dogs were handed over to the Warren County Dog Warden and euthanized on Saturday.