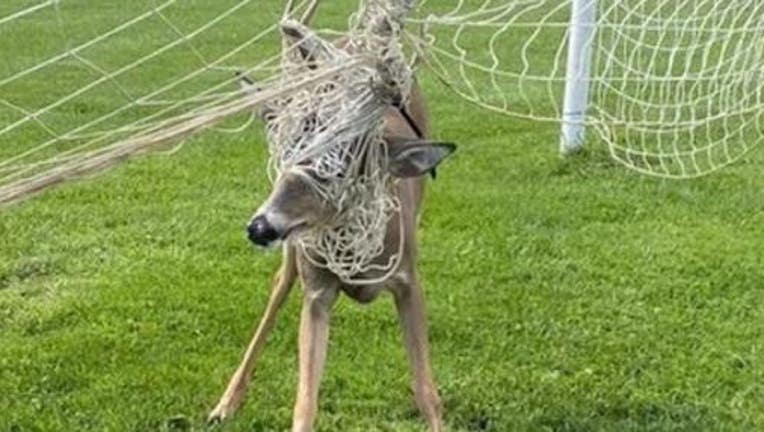 MANSFIELD, Ohio - Ohio firefighters came to the rescue of a helpless deer that got itself stuck in a soccer goal net in Mansfield, roughly 63 miles south of Akron.

The firefighters posted photos of the deer and the rescue operation on Facebook.

"Yesterday crews from Engine 6 and Rescue 2 had an unusual call for a deer stuck in the soccer goal net at Liederkranz. The deer was carefully removed and wasn’t injured," the post read.

As soon as crews cut the deer free, it ran off apparently safe and unharmed.