Controversial signs appeared in Melbourne Beach on Tuesday, declaring only residents are permitted to be verified by an ID check; however, the signs are fake, according to officials.

MELBOURNE BEACH, Fla. - The town manager, the police chief and mayor tell FOX 35 News whoever made a handful of signs and posted them around the community "must have a lot of time on their hands,” but the message is totally nonsense.

The black and white signs started popping up in Melbourne Beach on Monday. 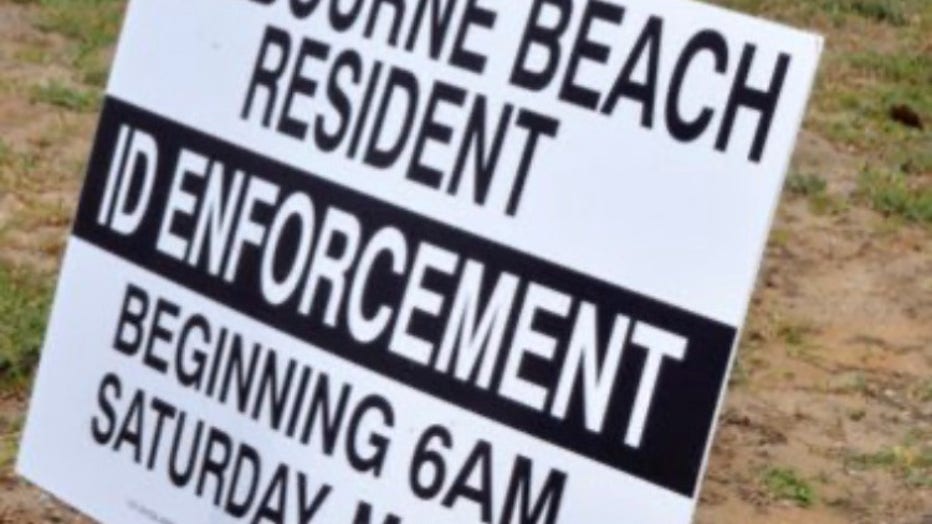 Melbourne Beach is a remote community in Brevard County.

The signs suggest that police would only be allowing residents to enter the town by checking peoples' IDs.

Police are using the word "hoax" to describe the signs.

Legally, they say they cannot make someone take a sign off private property, but some have been found in public areas and officers pulled them out of the ground.